'Easter Bunny' hops in and throws down during fight

KGO
ORLANDO, Florida -- Instead of baskets and chocolate, a person in an Easter bunny suit delivered fists and haymakers when he got in between a fight with a man and a woman.

In a video posted to Instagram Sunday, a scrum appears to take place in downtown Orlando. Just as combatants fall to the ground, the Easter bunny runs in and tries breaking it up.

The furry white knight then starts wailing at the man's torso. A police officer nearby breaks up the fight and the bunny steps away.

"The Easter bunny's shaking," one onlooker is heard saying on the video.

Antoine McDonald, the man in the bunny suit, described the moment when he was trying to break up the fight.

When officers arrived, they thought it was a prank.

"The officer came up to me and said, 'If you do that again, I'm going to arrest you and the damned bunny suit.' It was a real deal," McDonald said.

It's not known whether this fight was for real, but the sight of the gentle Easter symbol throwing hands is knocking out folks watching it. 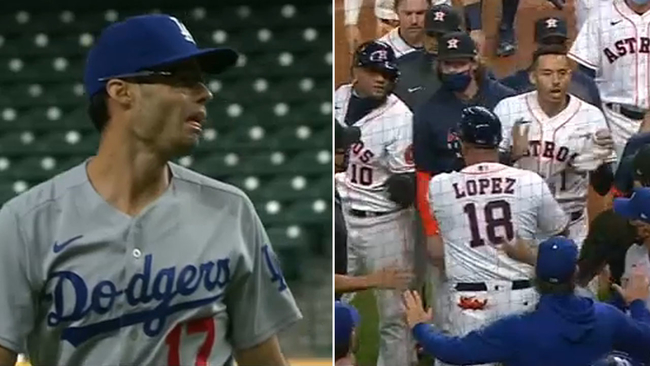