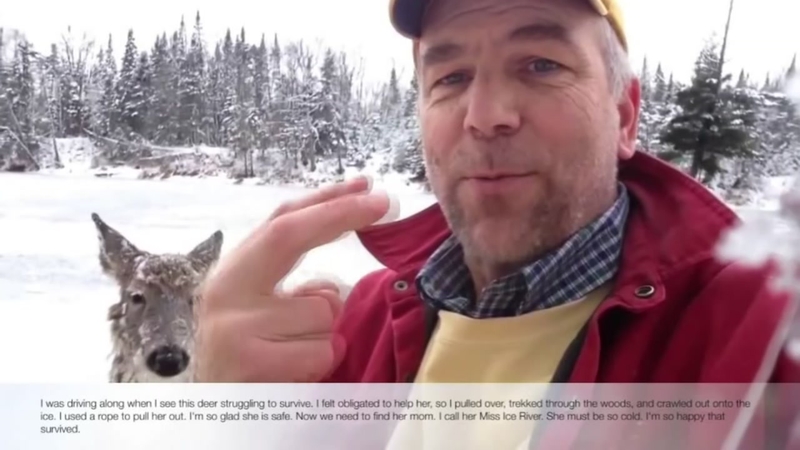 DULUTH, MN -- A daring rescue of a deer in Minnesota was captured on camera by a man doing the rescuing.

Steven Peterson was driving home from his friend's house when he spotted the deer, bobbing helplessly in a frozen river.

Peterson got out of his car and thought about calling 911 for help, but knew the animal didn't have much time.

Peterson, who is hearing impaired, signed to local station KQDS, "It had icicles all over its face, it looked like it had been there for a while."

Peterson crawled to the animal and tried to help it get out of the river. Eventually, he tied a trailer strap around the animal pulled it to safety.

Stevenson was soaked in the freezing water in the process, but captured it all on camera. He says he said his goodbyes to the animal and made his way home. He says he knows it is dangerous, but he's glad he took the risk.

Stevenson signed, "If I would have just ignored it, dismissed it, it would have eaten at me and I would have felt this sense of guilt. I would have kept thinking for years to come that I should have rescued this deer."

Stevenson named the deer "Miss Ice River." And thanks to him, the animal has a second chance to live.