KGO
By Eric Thomas
RICHMOND, Calif. (KGO) -- A 47-year-old man is in the hospital in critical condition after he allegedly broke into a Richmond home overnight and was shot by the homeowner.

The shooting was reported at 12:15 a.m. at a residence in the 3100 block of Alta Mira Drive. At the scene, ABC7 News found discarded crime scene tape -- one clue that something extraordinary happened. Here's another clue: a bullet hole in the front window.

Neighbor Debbie Attaway heard something but wasn't sure what it was.

"Thought I was just hearing the fireworks that were left over from the fourth of July," Attaway said, so she rolled over and went back to sleep. She had no idea there was a life or death struggle going on right next door.

Investigators said the man attempted to break into two homes, then entered a third home by breaking a window. But he didn't bargain on a family member inside waking up and grabbing a gun. The resident of the home shot the suspect "a few times," incapacitating him, police said.

From her backyard, Attaway pointed out the window the intruder broke in through and said she's been in shock.

"This is a very quiet neighborhood. This doesn't happen regularly," Attaway said.

Another neighbor who asked that ABC7 News not reveal his identity spotted the suspect apparently to trying climb his fence in the moments before the shooting. He shined a light on the man and scared him off. Then he heard a commotion and two shots. So did his brother.

"And he was like, 'Where did that come from?' and I was like, 'That was next door,'" the man said. "Ten seconds later we heard five more shots."

The neighbor said the suspect appeared to be hit in the head and neck. Police said the suspect has a criminal history that includes prior home invasion robberies.
Report a correction or typo
Related topics:
richmondcrimehome invasionshootingviolencepoliceinvestigation
Copyright © 2020 KGO-TV. All Rights Reserved.
SHOOTING
SF police release new details in deadly officer-involved shooting 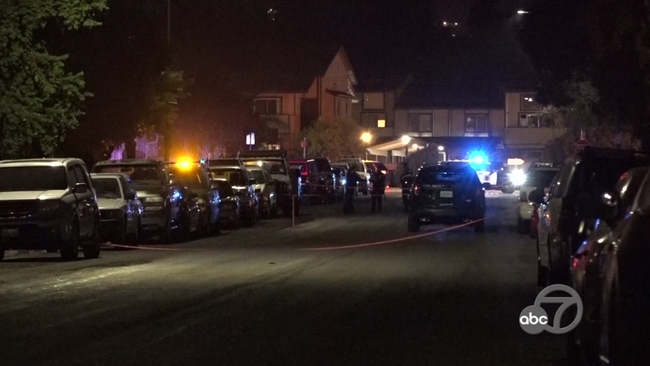