Thieves scan credit card in woman's purse, spend $250 at Walmart while she was inside store 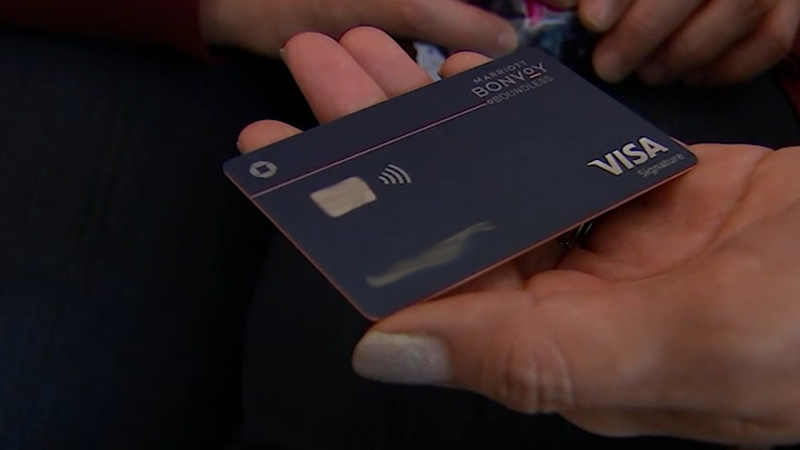 HOLLY SPRINGS, N.C. -- A woman is warning others about credit card theft comparable to a high-tech pick pocket.

Mandy Lopez said she was shopping at a North Carolina Walmart Saturday night when she got an alert from her credit card company. They told her someone was using her card, while she had it on her.

She said they rang up about $250 on her card. Holly Springs police officers believe the thief or thieves had a reader, allowing them to get her credit card information, while it was in her purse. The card uses RFID technology, which lets you pay by tapping.

"It's really, really scary that people can get your information that easily and in that amount of time," Lopez said.

Lopez said her credit card was not in a wallet, but in a pocket in her purse. She said store employees were able to track down the register where thieves used her card and that she saw surveillance video of a man trying to buy a heated blanket and gift cards. She said she saw that man with two others when she pulled into the store parking lot. She said she parked next to their car and had to stand near the man when she got out of her car. She believed that was when they could have gotten her credit card information.

Walmart said store officials were working with police to investigate the theft.

Rob Main, deputy state risk officer for North Carolina Department of Information Technology (NC DIT), said thieves can use readers to get your credit card information in the blink of an eye. They just need to be an arm's length from you.

Holly Springs Police Department said this was the first time officers had seen this kind of credit card theft.

Lopez said she wants to make sure this never happens to her again.

"I bought this little wallet," Lopez said. "It's an RFID wallet. You can put your credit cards in here and it'll protect you from anybody being able to steal the information from those cards."

While the NC DIT doesn't track these types of cases, Main recommended taking the same precautions to prevent identity theft such as the following:

You can report cases to the North Carolina Attorney General's Office.