California family dealing with 2 tragic deaths in span of weeks 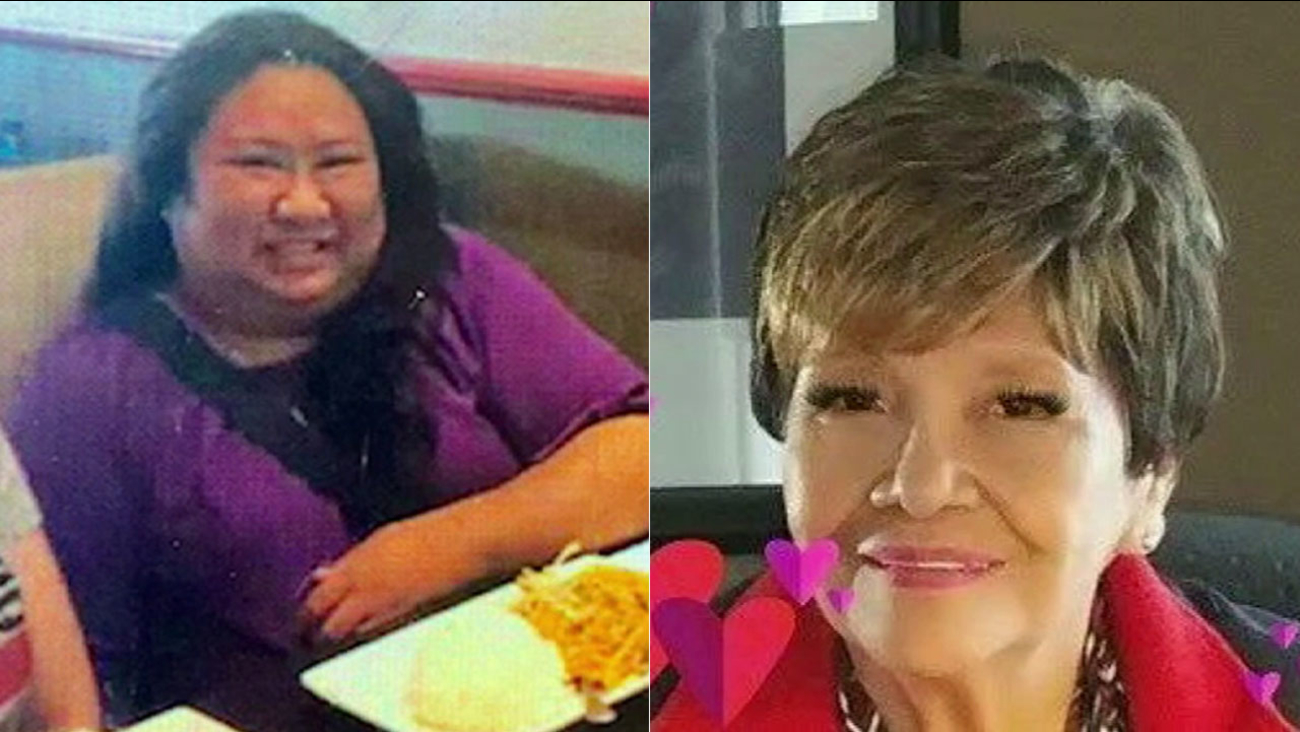 Dennet Bermas (left) died when a tree fell on her car in Tustin and Dolly Omandam was killed in a car crash as the family was paying respects to Bermas.

TUSTIN, Calif. -- A California family is reeling after tragedy struck for the second time in only weeks.

This weekend, they were paying respects to one loved one who died in Tustin when another family member was killed by a suspected drunk driver.

Maria Vines and her family were visiting from Visalia with family members to pay respects to her cousin, Dennet Bermas.

The 34-year-old died last month after strong winds toppled a tree onto her car in Tustin, as she was leaving for work.

Friday night, Maria, her mother, her husband and their two children were driving back to their hotel.

They were struck while stopped at a red light and pushed into the intersection of Red Hill Avenue and Dyer Road.

"We don't know how fast the guy was going," said Renado Vines. "And then after that, we all passed out."

Police said good Samaritans helped four of the family members out of the car before it burst into flames, but could not save Maria's mother.

Dolly Omandam, 75, died at the scene.

"They told me my mom didn't make it, because she was pinned down," Maria said.

Police believe drugs or alcohol may have been a factor with the other driver, who remains in the hospital.

Maria's family is just devastated - after coming to pay their respects to one family member, they're now dealing with the loss of another.