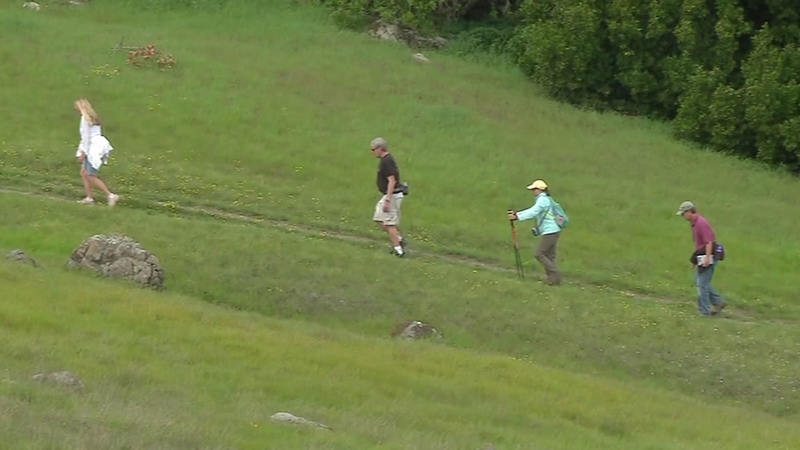 MARIN COUNTY, Calif. (KGO) -- People from all over come to Marin County to enjoy the outdoors, but with 3-4 million visitors a year, the open space has become overwhelmed. After four years of work, the county finally has a trail management plan that is supposed to balance recreation and the environment. Regardless, as so often happens, the devil is in the details.

It's wildflower season -- which is one of the most beautiful times of year in Marin County parks and open space. 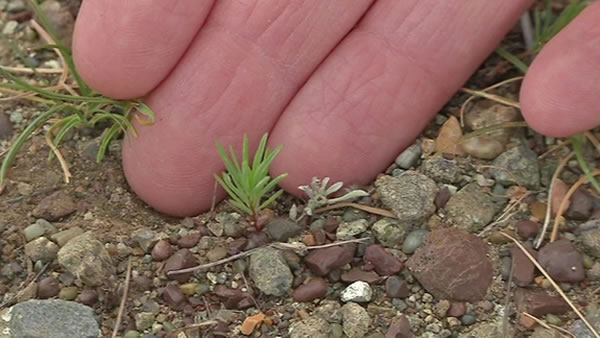 Here is a photo of a rare plant species at the Ring Mountain Preserve that is so small hikers may not be aware it needs to be protected, taken on April 8, 2015. (KGO-TV)

Nevertheless, a lot of people enjoying the view are on trails that are not supposed to exist and the Parks Department wants to close some down. That's why 200 outdoor enthusiasts packed a Mill Valley meeting to get a first look at trail maps of Southern Marin County showing the proposal for what stays and what goes.

"These trails are being used and loved dearly, and it's easy to abuse them," former Parks Commissioner Jean Berensmeier said.

The Marin County Open Space District includes 16,000 acres, with 250 miles of roads and trails -- many of which were never intended to be part of a permanent trail system. Some are left over from the days of logging and mining. Others were created by people who just wandered off the main trail or wanted a shortcut.

"That's really too many for us to manage sustainably over time and most of those roads and trails were inherited by the district and they were built for other purposes," Carl Somers from Marin Open Space said.

Under the district plan, some trails will be eliminated. Others will be improved with new rules about who can use what. That is a tough sell in Marin, known as ground zero for trail conflicts between hikers, bikers and horseback riders. Years of meetings have led to some cooperation, but bike riders want more.

"Our mission is to open narrow single-track trails and allow more access for bicycles," Hunter Sykes from Access 4 Bikes said.

Not everyone thinks that's a good idea.

"The concept of allowing bikers on the same narrow trail that have horses and hikers on it is a dangerous situation," Curt Kruger from Marin Horse Council said.

Sarah Minnick works at Ring Mountain preserve in Tiburon where some trails may be closed. Ring Mountain has one of the few remaining stands of native grassland and is home to seven rare plants, including one that's found nowhere else on Earth.

"There aren't many other places that have this level of native species," Minnick said.

Here is a Google Earth image of the unofficial trails people have hiked on at the Ring Mountain preserve in Tiburon, Calif. taken on April 8, 2015. (KGO-TV)

A Google Earth map shows the mountain is covered with small trails that cut up sensitive habitat. Some of the rare species are so small it would be easy to trample them by mistake. ABC7 News saw four people walking on an unauthorized trail that goes right through a patch of rare flowers. They likely didn't realize how sensitive the area is.

"It travels straight up the slope and as a result, it has a lot of erosion," Minnick said.

These are the kinds of problems the open space district hopes to eliminate in its new trail plan and their last meeting is just the beginning. The district will have similar sessions to get public input around the rest of the county, then begin the difficult job of closing trails and trying to make it stick.

Here is a link to the road and trail plan: Marin County Road and Trail Management Plan/Environmental Impact Report

If you want to see the actual proposed maps, they are considered so sensitive they are not being posted online. You have to make an appointment at the Open Space District to see them.