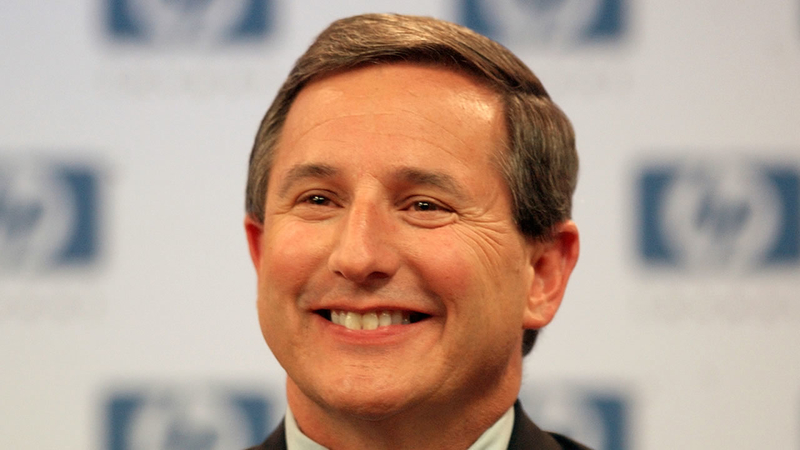 Oracle CEO Mark Hurd has died. He was 62.

The company on Friday confirmed his death. Hurd was on medical leave, and the company did not disclose a cause of death.

He took a leave of absence from Oracle a month ago for health reasons. Larry Ellison, Oracle's founder and chairman, said at the time that he and co-CEO Safra Catz would take over his responsibilities.

Ellison says he will miss his close and irreplaceable friend.

Hurd joined Oracle as co-president in 2010 a month after leaving HP. He resigned from HP after accusations of sexual harassment by a female contract worker and findings of inaccurate expense reports connected to outings with the contractor.

It is with a profound sense of sadness and loss that I tell everyone here at Oracle that Mark Hurd passed away early this morning. Mark was my close and irreplaceable friend, and trusted colleague. Oracle has lost a brilliant and beloved leader who personally touched the lives of so many of us during his decade at Oracle. All of us will miss Mark's keen mind and rare ability to analyze, simplify and solve problems quickly. Some of us will miss his friendship and mentorship. I will miss his kindness and sense of humor. Mark leaves his beloved wife Paula, two wonderful daughters who were the joy of his life, and his much larger extended family here at Oracle who came to love him. I know that many of us are inconsolable right now, but we are left with memories and a sense of gratitude...that we had the opportunity to get know Mark, the opportunity to work with him...and become his friend.
Report a correction or typo
Related topics:
societyredwood citybusinessoracle
Copyright © 2022 by The Associated Press. All Rights Reserved.
TOP STORIES
EXCLUSIVE: Brother of man killed in I-580 shooting hopes for justice
Colin Kaepernick completes workout with Raiders, source says
ABC7's new 24/7 live stream offers local news, weather
CA congressman calls coach Kerr an 'ally' in fight for gun laws
Vigil held in Bay Area for TX shooting victims, calling for action
Gun, ammo found in 2nd grader's desk at NorCal school
Timeline breaks down Uvalde shooter's movements day of massacre
Show More
Uvalde school shooting: What we know about 19 kids, teacher killed
Beto O'Rourke confronts Texas gov. at Uvalde shooting press conference
CA moves to clean up tire pollutant harmful to fish
Police patrol Bay Area schools in light of TX shooting
TX school shooting leaves at least 19 children, 2 adults dead
More TOP STORIES News