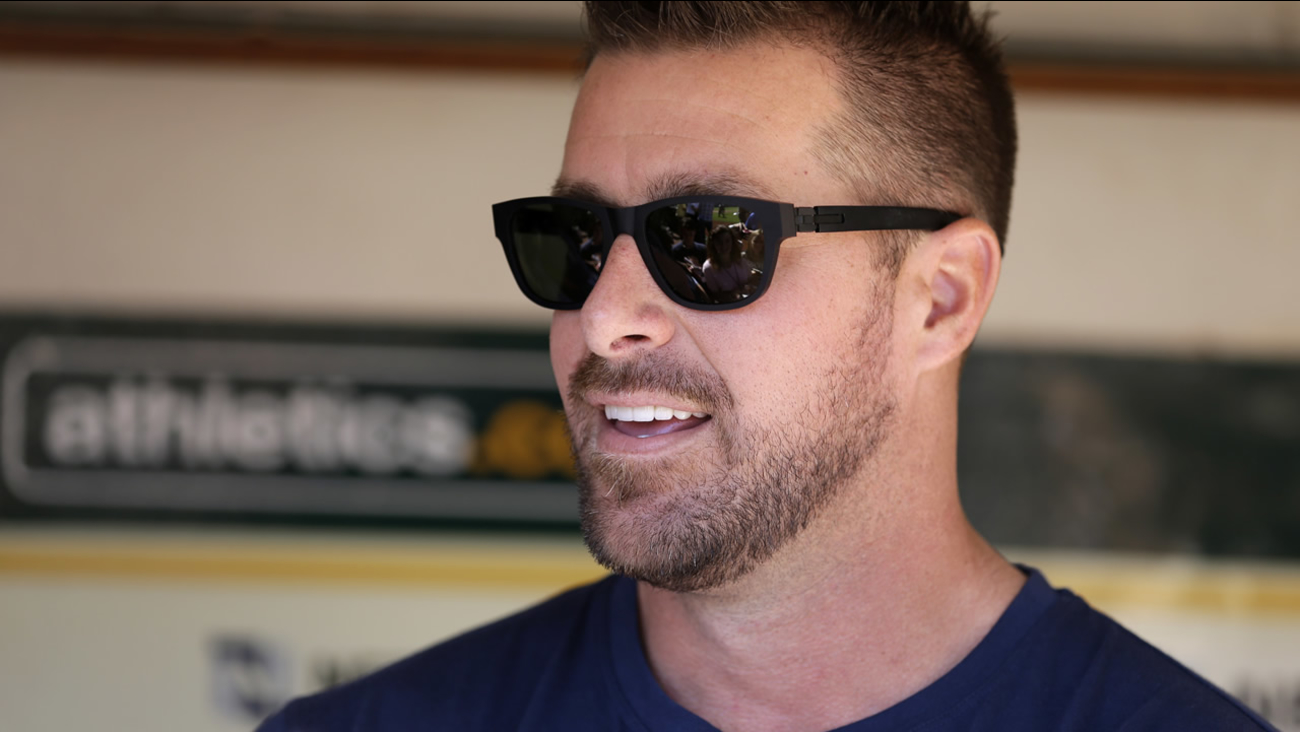 OAKLAND, Calif. -- Mark Mulder's 7-year-old son Xander skipped his first baseball game of the season so the entire family could be at the Coliseum to watch Tim Hudson and Barry Zito pitch on the same day as their impressive careers near the end.

Mulder has returned to the Oakland Coliseum only a couple of times since his final season with the Athletics in 2004, once just a few months back while working as an analyst for ESPN.

He planned to cheer for both of his mates, who joined him to make up the Athletics' "Big Three" beginning 15 years ago.

"Without a doubt. I just want to see them both pitch well," Mulder said, standing in the home dugout some 90 minutes before first pitch Saturday. "I wish they could have faced each other. That would have been better because Huddy always used to brag about how he was going to rake Zito. I'd love to see them both put up some zeroes, both kind of - especially Z - go out on that high note. It'd be fun."

Before either pitcher had even made his way out for warmup pitches on a gorgeous September afternoon, highlights of those great A's teams they were part of showed on the large scoreboards - including an AL-record 20-game winning streak in 2002 and other moments during four straight playoff seasons from 2000-03.

"It's going to be really cool to see them both go out," Mulder said. "I can't wait to see the ovations they both get. It's well deserved. They've essentially had more than twice the career that I had. As long as they've done it, it's really special. I think looking back at it you will almost appreciate that they had this opportunity today later in life."

Mulder joined the St. Louis Cardinals in 2005 for the final four seasons in his nine-year career that ended in 2008.

Hudson's last year in Oakland also was 2004 before he went on to spend nine seasons with Atlanta before joining the Giants in November 2013 and winning his first World Series last fall.

Zito departed for the Giants on a $126 million, seven-year contract ahead of the 2007 season then returned to the A's to pitch in the minor leagues all of this season after a year off - before his recent promotion.

The three of them will throw out the ceremonial first pitches and be recognized together before Sunday's series finale. There will be plenty of memories of a bygone Oakland era.

"I just remember how much fun they were," said Mulder, now 38 with three children. "A lot of those years we were so young and kind of immature I guess you could say, but we knew we were good. It wasn't just the three of us, it was that whole team at that time, those early 2000 years. Maybe that didn't help us come playoff time not having that experience or that kind of stuff but those were just some good times with a lot of good people."
Related topics:
sportsoaklandoakland coliseumsan franciscosan francisco giantsmlboakland athleticssports
Copyright © 2022 by The Associated Press. All Rights Reserved.
SAN FRANCISCO GIANTS
Cron helps Rockies end 12-game skid vs Giants with 5-3 win
Rockies bring home losing streak into matchup with the Giants
La Stella homers as Giants beat Rockies again, 10-7
San Francisco Giants and Colorado Rockies play in game 2 of series
TOP STORIES
LIVE: Authorities give update on East Palo Alto shooting
Body of woman killed nearly 18 years ago found in Oakland
ABC7's new 24/7 live stream offers local news, weather
Fire risk increases in Bay Area on hottest day of week
Renter scams using Zelle to receive money from victims
Meet 'San Fransicko' author hoping to replace Newsom as governor
Solar power finds floating home in Wine Country
Show More
1st non-binary Bay to Breakers winner won more than just the race
Foster City looks for approval to kill geese amid poop problem
US Soccer reaches equal pay agreement for men's, women's teams
New tool shows Bay Area counties most at risk of wildfires
$37M SF 'Full House' home listing was illegitimate, Zillow says
More TOP STORIES News