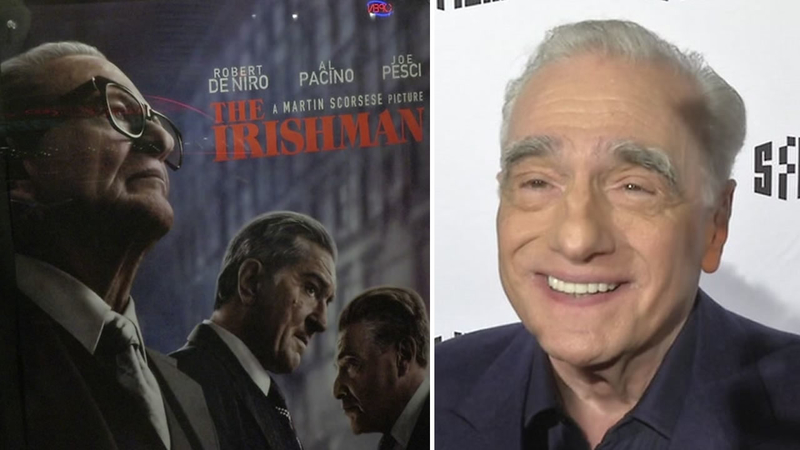 The legendary director spoke before a sold out crowd about the movie, which premiered in limited theaters last Friday.

"The Irishman" boasts an all-star cast featuring Robert DeNiro, Joe Pesci and Al Pacino. Scorsese describes the film as the culmination of decades of anticipation and patience.

"The last time I worked with DeNiro was in Casino in 1995, and Joe Pesci too. So really it was something we've been trying to do for over 22 years, to find a project together," said Scorsese. "Including Al Pacino who I've been trying to work with for 40 years. So once it all finally came together, It really is a dream come true."

Based on true events, "The Irishman" takes place in the 1950s and tells the story of truck driver Frank Sheeran (DeNiro) who gets involved with Philadelphia don Russell Bufalino (Pesci). As Sheeran continues to work his way up the life of organized crime, he crosses paths with teamster leader Jimmy Hoffa (Pacino) who famously disappeared in 1975.