Mary Ann Mendoza had been scheduled to deliver remark at the RNC Tuesday night to highlight the president's fight against illegal immigration.
AP
By Zeke Miller and Jill Colvin
WASHINGTON -- A speaker who had been scheduled to address the second night of the Republican National Convention has been pulled from the lineup after directing her Twitter followers to a series of anti-Semitic, conspiratorial messages.

Trump campaign spokesperson Tim Murtaugh says, "We have removed the scheduled video from the convention lineup and it will no longer run this week."

Mary Ann Mendoza had been scheduled to deliver remarks Tuesday night to highlight the president's fight against illegal immigration. Mendoza's son was killed in 2014 in a head-on collision by a man who was under the influence and living in the U.S. illegally.

Speakers from night 1 of the 2020 Republican National Convention: VIDEOS (1 of 16)

She and and other parents whose children have been killed by people in the country illegally have labeled themselves "Angel Moms" and have made frequent appearances at the White House and Trump campaign events.

Mendoza had apologized for the tweet, writing that she "retweeted a very long thread earlier without reading every post within the thread" and said it "does not reflect my feelings or personal thoughts whatsoever."

A Republican familiar with the plans who spoke on condition of anonymity cited controversy as the reason for pulling Mendoza. The Republican wasn't authorized to speak about the matter publicly. 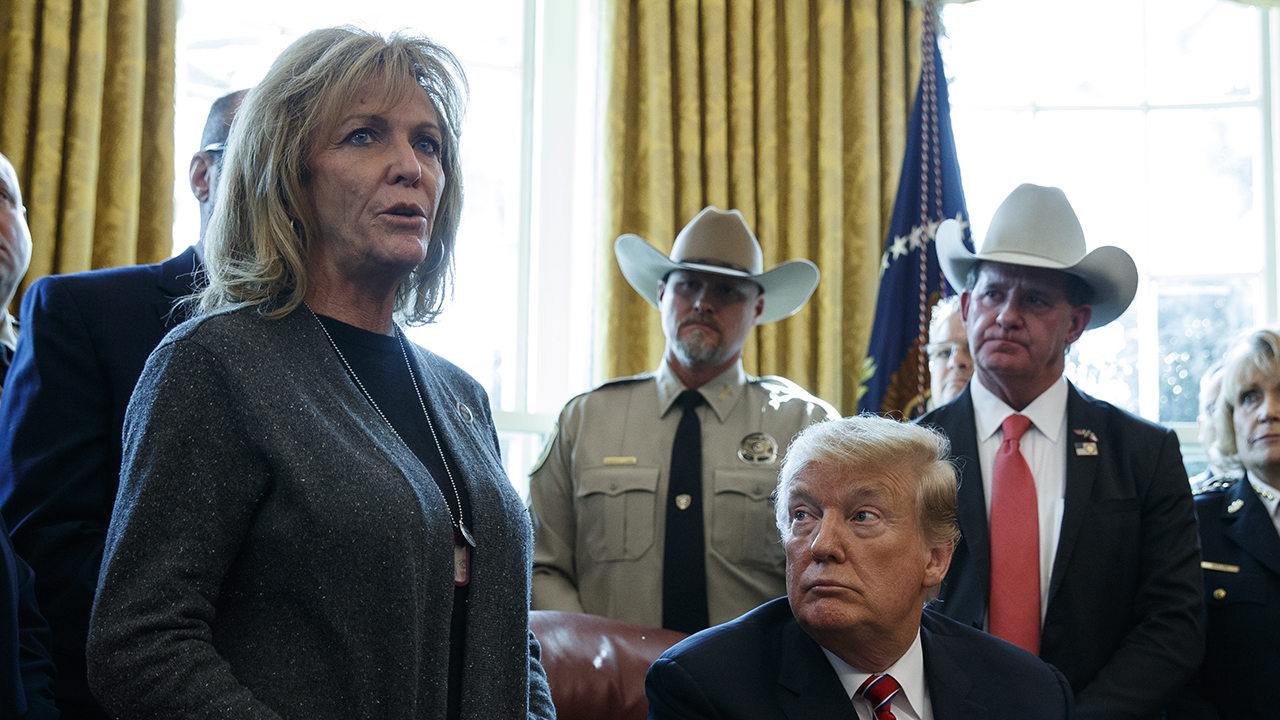 President Donald Trump listens as Mary Ann Mendoza, a mom who lost her son when he was killed by a drunk driver who was undocumented, speaks on March 15, 2019, in Washington.

Trump pardons Alice Johnson, who praised him in RNC speech
President Trump continues the California-bashing on final night of RNC