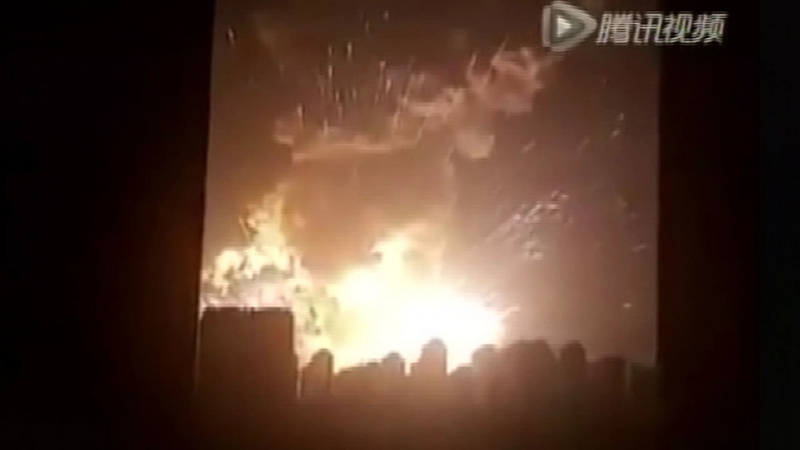 TIANJIN, China (KGO) -- At least 44 people were killed Wednesday in China during a massive chemical explosion and fire. Of the 44 dead, 12 of them were firefighters. The blast jolted a warehouse for a logistics company at a port area in the city of Tianjin near Beijing. One witness captured the explosions on camera.

At least 520 people were hurt, 66 of those critically. A series of small explosions occurred prior to a massive fireball and the flames burned for hours. The explosion caused extensive damage to buildings and infrastructure.

It is still not known what caused the blast.

A large explosion and fire is the dramatic scene residents saw as the sound of a large explosion prompted them to peer out their windows to see what was happening. But the initial blast was followed 30 seconds later by an even more powerful one. Seconds later, the sound waves smashed out windows, knocked over video cameras and smartphones, and in video posted on social media sites, walls collapsed.

Chinese state media said the explosions occurred at a dangerous goods warehouse, operated by a major logistics company. At least 13 people were killed, while nearly 300 were injured -- many of them cut by shards of flying glass.

The Port of Tianjin, some 80 miles east of Beijing, is China's principal port in the north and is ranked fourth largest seaport in the world. 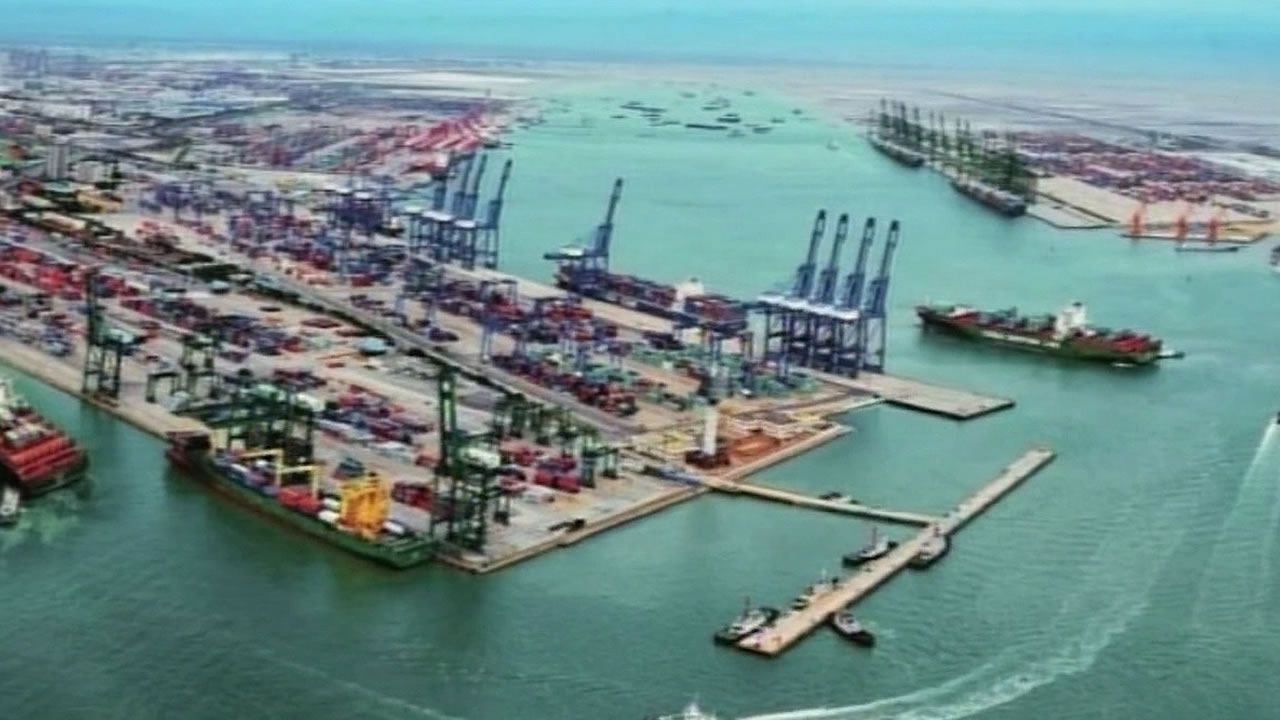 Here is a photo of what the port city of Tianjin, China looked like before a large explosion rocked the city on Wednesday, Aug. 12, 2015.

Law professor Ana Han of Santa Clara University, who lives in Fremont, has been monitoring the situation. She says the impact of the explosion will depend on its proximity to critical port facilities.

Tianjin is a city of 15 million people. The explosions have turned entire neighborhoods into a metal scrapyard as vehicles were charred by the flames from a huge fireball.

Residents of damaged buildings are roaming the streets in what they were wearing when rocked out of bed.

The explosions shook the ground over six miles away and was compared to a measure 2.9 earthquake.