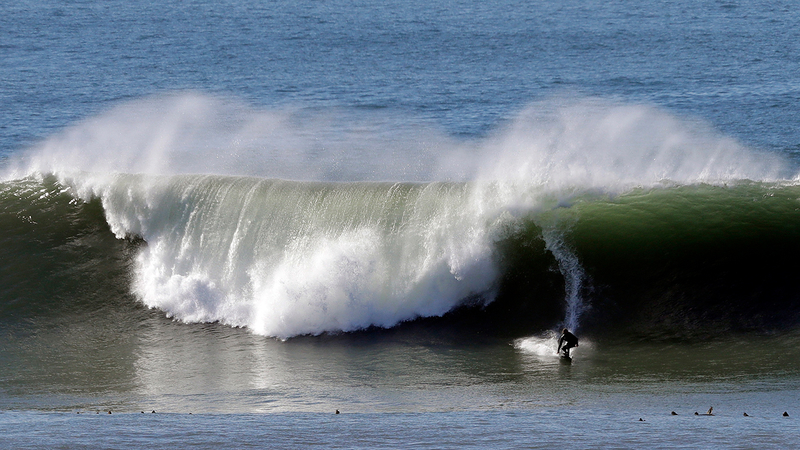 Mavericks surf contest not happening Monday due to large waves

HALF MOON BAY, Calif. (KGO) -- The Mavericks surf contest will not happen on Monday because the waves are too big.

Half Moon Bay Sport Fishing, who runs boat tours for the big wave surf contest, told ABC7 News in an e-mail Thursday night that organizers informed them that the contest will not happen Monday.

NO MAVERICKS CONTEST MONDAY -- Darn! Just heard the boat I was going to use is NOT going out. No contest. The waves may be too big! #ABC7now pic.twitter.com/2j1YqOFmAg

They did say that organizers are looking at possibly holding the contest on Tuesday or Thursday of next week, and that the organizers would give an update midday on Friday.

Surfline, the official surf forecaster for the Mavericks Challenge, projects that the infamous surf break just outside Pillar Point Harbor will see waves between 40 to 60 feet tall and that some could even be above 65 feet.

Surfline called it "the kind of swell we only see around three times a decade."

If the contest is held next week it would be the first time that it has ever been held in December.