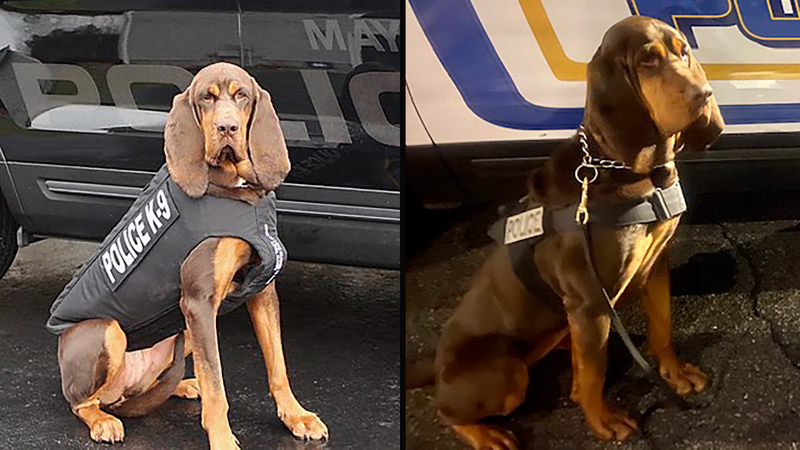 MAYWOOD, New Jersey -- A New Jersey K-9 officer is being hailed as a hero after locating a missing teenager.

Maywood police say Remi, a 3-year-old bloodhound, sniffed a jacket and then found the 13-year-old girl in a thick brush in Englewood overnight.

The K-9 unit was requested just before midnight Monday to assist other agencies in locating the girl, who had not been seen in more than 10 hours.

Police say the girl's parents dropped her off at school in the morning, and at some point, she made clear her intent to run away, though it is unclear if she said that to her parents or to friends.

The girl was not present at her usual pickup point when her father arrived after school, and a search turned up nothing as authorities questioned her classmates.

The search intensified when police received information that the juvenile was possibly injured from a fall.

Maywood K-9 Officer Chris Nichols and Remi responded, and the team received information on the last known location the juvenile was seen.

There, Remi was given a jacket the girl had worn earlier in the day to acquire a scent.

Police say she then led officers through several city and residential blocks, at which time she entered a thick brush area where the girl was located hiding among some trees.