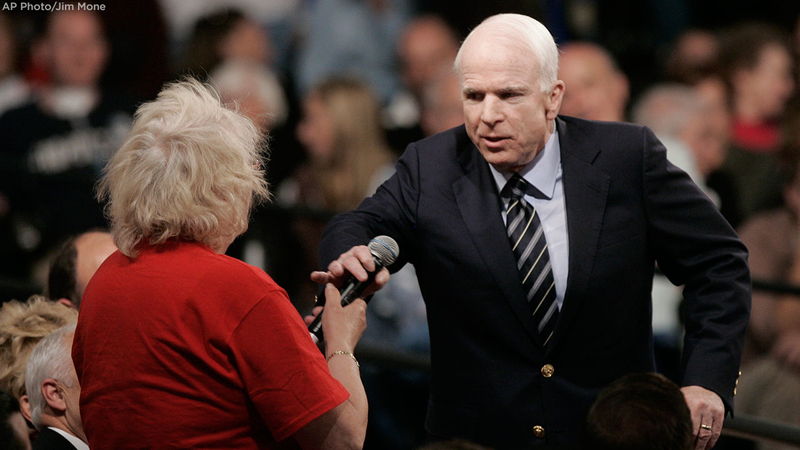 During an October 10, 2008, town hall event in Lakeville, Minnesota, a constituent told McCain that she couldn't trust Obama. The woman called Obama "an Arab" at the height of a conspiracy movement claiming Obama, who was born in Hawaii, was not a natural-born American citizen and therefore ineligible for the presidency.

"No ma'am, he's a decent family man, citizen, that I just happen to have disagreements with on fundamental issues, and that's what this campaign is all about," McCain said to applause.

Though some have criticized McCain's response as furthering anti-Arab and anti-Muslim sentiments, the exchange came to be viewed as a defining moment in the senator's decadeslong political career. The Associated Press called it a "reflection of [McCain's] thinking that partisans should disagree without demonizing each other," and the Washington Post named it one of McCain's most courageous political moments.