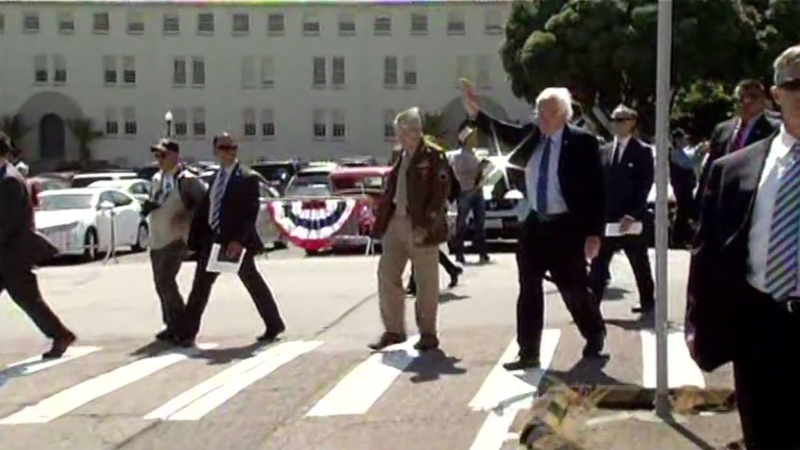 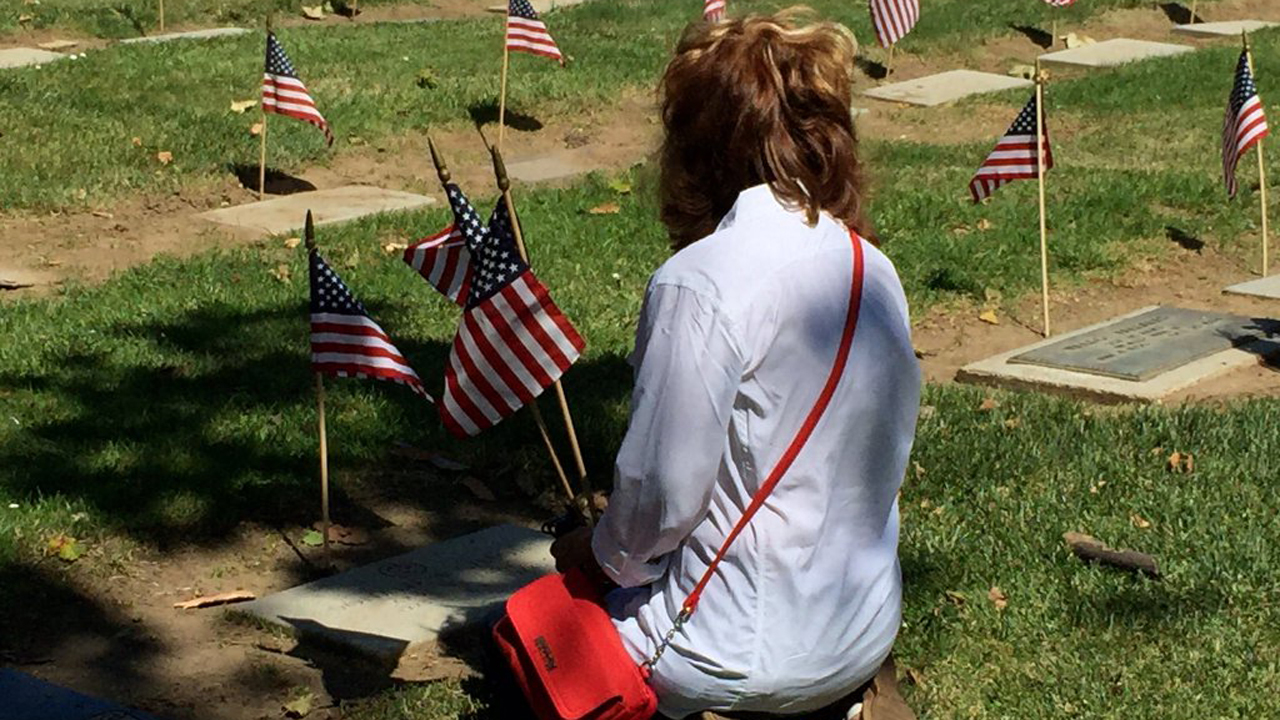 PHOTOS: Bay Area remembers the fallen on Memorial Day
The Bay Area is pausing to remember the brave men and women of the armed forces who have lost their this Memorial Day.

Earlier in the day, Sanders made an unannounced stop at San Francisco's Memorial Day ceremony in the Presidio.

On a day of military marching bands and the "Pomo and Circumstance" of Memorial Day ceremonies, Democratic presidential candidate Bernie Sanders slipped right into the annual Presidio events.

It's a beautiful day to honor our fallen at the San Francisco National Cemetery at the Presidio. #MemorialDay2016 pic.twitter.com/MhbPH4TeMP

He answered one political question - how is he feeling about California?

"Feeling great. We've got a good shot to win it and win it big," Sanders said.

His campaign staff said Sanders was not there to sideline the event with politics. Instead, the Vermont senator always attends a Memorial Day event.

There was no public announcement he would attend. In fact, there were only a couple supporters who wore campaign shirts.

"I did hear a hot tip that he might be here," one supporter said.

The Memorial Day ceremony at the San Francisco National Cemetery is one of the biggest in the country.

This year, special tribute was made to veterans of the Korean Conflict and the country's historic Buffalo Soldiers.

"I enjoyed the services, but I don't know if I'll make it to another one," Army veteran Capt. Frank Masuoka said.

Masuoka, a 93-year-old Army captain, was involved in three invasions in the Pacific during World War II.

Not everyone in his unit made it back.

Sander's presence did not change the event's dynamic but not saying a word seemed to earn a lot of good will.

"Instead of a day of politics, it was a day of remembrance and I thought that was good," U.S. Marine Michael Mackin said.

We remember. She won't ever forget. Our nation is eternally grateful. #MemorialDay2016 #abc7now pic.twitter.com/6bkT21Pq8H