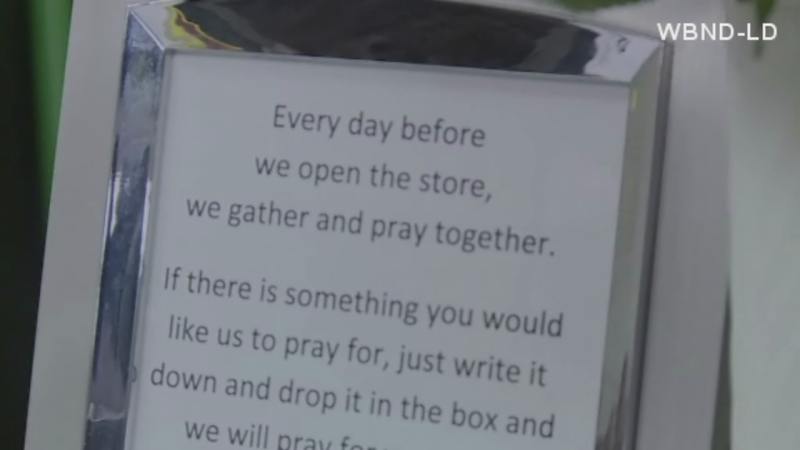 WALKERTON, Ind. -- The owner of Memories Pizza in Walkerton, Ind., decided to shut down temporarily after backlash from her stance on the Religious Freedom Restoration Act.

"I don't know if we will reopen, if we can," Crystal O'Connor told The Blaze Christian Radio, adding that the family is currently in hiding and considering leaving the state.

The store faced heat after the owner said she would deny catering service for same-sex supporting events.

ABC 57 in South Bend reports the O'Connor family who owns it says they are standing firm in their Christian beliefs and do not think this is an anti-gay policy.

"If a gay couple came in and wanted us to provide pizzas for their wedding, we would have to say no," Crystal O'Connor of Memories Pizza said.

Overnight, the pizzeria's Yelp page was flooded with bad reviews, bumping down Memories to one star. 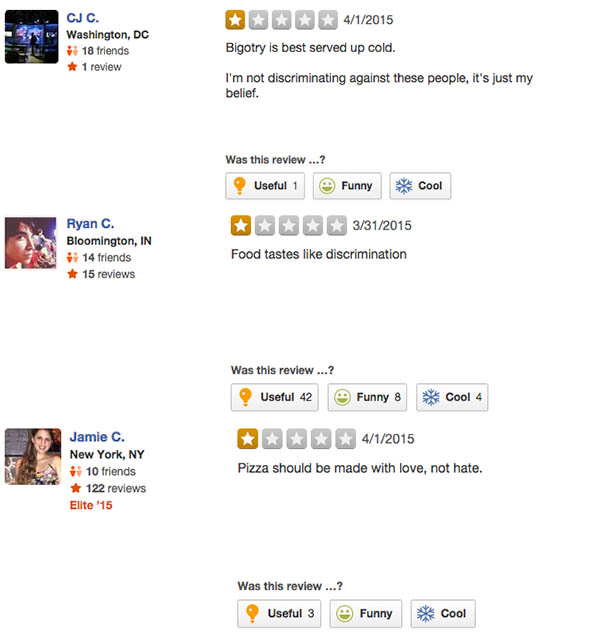 The O'Connors have owned the business for nine years. They say it is a "Christian establishment" and they pride themselves on running their business in a way that reflects their religious beliefs.

"We're not discriminating against anyone, that's just our belief and anyone has the right to believe in anything," O'Connor said.

The O'Connors are not the only family wondering about their well-being because of the controversy. Walkerton Assistant Police Chief Charles Kulp said that some of the responses have been unacceptable and outside of the law. He said it's greatly affecting the town of 2,000 people.

"We've had other businesses call concerned with the well-being of their businesses," Kulp told ABC 57.

Indiana Gov. Mike Pence has urged lawmakers to send a bill to his desk by the end of the week to clarify the intent of the new Religious Freedom Restoration Act that critics fear could allow discrimination against gays and lesbians.

Pence's move on Tuesday to quell a backlash over the law came as Arkansas lawmakers defied criticism and passed similar legislation that now heads to the governor.

The Indiana law, which takes effect July 1, does not specifically mention gays and lesbians, but opponents say it is designed to protect businesses and individuals who do not want to serve gays and lesbians, such as florists or caterers who might be hired for a same-sex wedding.

The law prohibits state laws that "substantially burden" a person's ability to follow his or her religious beliefs unless the government can show that it has a compelling interest and that the action is the least restrictive means of achieving it. The definition of "person" includes religious institutions, businesses and associations.

Critics say that language is broader than a 1993 federal law signed by then-President Bill Clinton that Pence says it's based on.