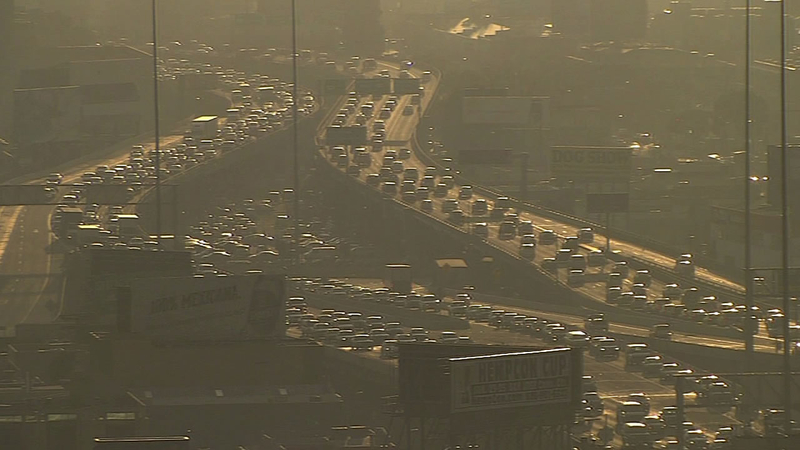 Worst commutes in the Bay Area

SAN FRANCISCO (KGO) -- The Metropolitan Transportation Commission revealed the top 10 worst commutes in the Bay Area where commuters spend the most time in congested traffic.

Anybody who commutes daily probably already knows the Bay Area has some of the most congested freeways in the country. Bay Area traffic congestion has gotten worse as the economy improves. But now, for the first time in 5 years, we know exactly which are the most crowded stretches of roads.

Five years ago, it was the morning westbound commute to the Bay Bridge Toll Plaza.

"Now, the number one spot is actually held by the afternoon eastbound commute from San Francisco out to the Bay Bridge," said MTC Chair Amy Rein Work.

For seven hours during the weekdays, from 1:30 p.m. to 8:30 p.m., folks traveling eastbound out of San Francisco on the Bay Bridge travel at a speed of 35 miles per hour or less.

Besides the Bay Bridge, the rest of the Top 10 list released by the Metropolitan Transportation Commission touches nearly every part of the Bay Area.

-I-880 southbound toward the Silicon Valley

-Westbound I-580 over the Altamount Pass

"Yes, the return of the thriving economy is a very good thing for our region, but of course the cloud to this silver lining is traffic congestion," said MTC Commissioner Scott Haggerty.

The MTC is also studying ways to ease the congestion. At the end of January, the MTC will launch a website called Vital Signs where users can plug in a particular area or stretch of roadway, and learn more about just how congested their commute really is.