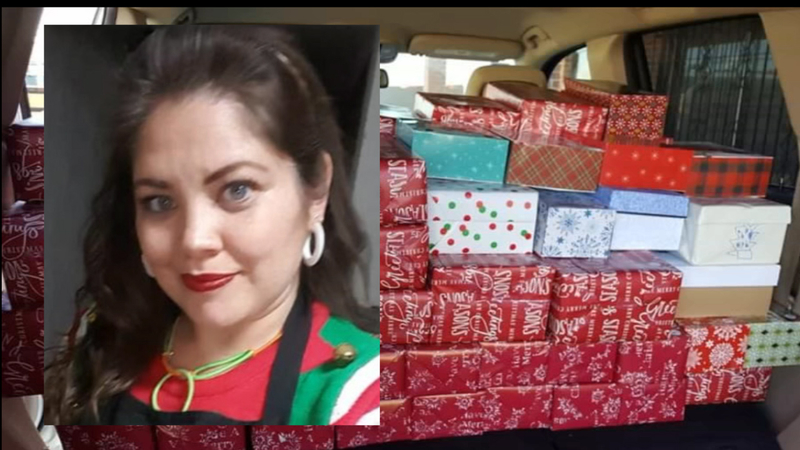 KATY, Texas -- This Christmas Eve, a Katy, Texas couple is pleading for the safe release of their daughter and another woman after they were detained by Mexican authorities.

The parents of Anamichelle Castellano say the women were arrested at the Gateway Bridge crossing from Brownsville into Matamoros, Mexico on Monday.

They were in a car loaded with more than 300 gifts they were planning to hand out to children living in makeshift camps as they wait for their U.S. asylum cases.

The women were with Castellano's non-profit Socorro Foundation and were making a routine trip into Matamoros to visit the camps.

Because the hundreds of presents were individually wrapped, the car went through an x-ray machine.

That's when her parents say a small box of bullets, left over from her husband's hunting trip, was discovered in the car.

"Her husband had put them in there a long time ago and forgotten all about them," said her mother Mary Lopez.

Both Castellano and her volunteer were detained Monday afternoon.

The family says Mexican police and attorneys have been making a range of threats since.

In a brief phone call with their daughter Tuesday afternoon, they learned she has been charged with possession of ammunition.

"[They are] kind of threatening her with federal prison, federal this and federal charges and we believe this is all a big set up where they're trying to see what they can get out of it," said Genaro.

Castellano's husband and nine-year-old daughter were in a second car to help hand out the gifts.

They are both in Matamoros, waiting for Castellano's release.

Jehu Castellano has been posting updates to social media saying he recently spoke with a prosecutor in Matamoros.

"He refuses to compromise to anything even though it's something so minor, and so he's not bending," said Jehu Castellano through a Facebook video. "We had one attorney, it was a different attorney, and he came and when he went to talk to them, he came back and said he needed so much money to be able to help us and it was a ridiculous amount of money, in the thousands."

Now, a day before Christmas, the Katy couple is pleading for help to get the two women safely back into Texas.