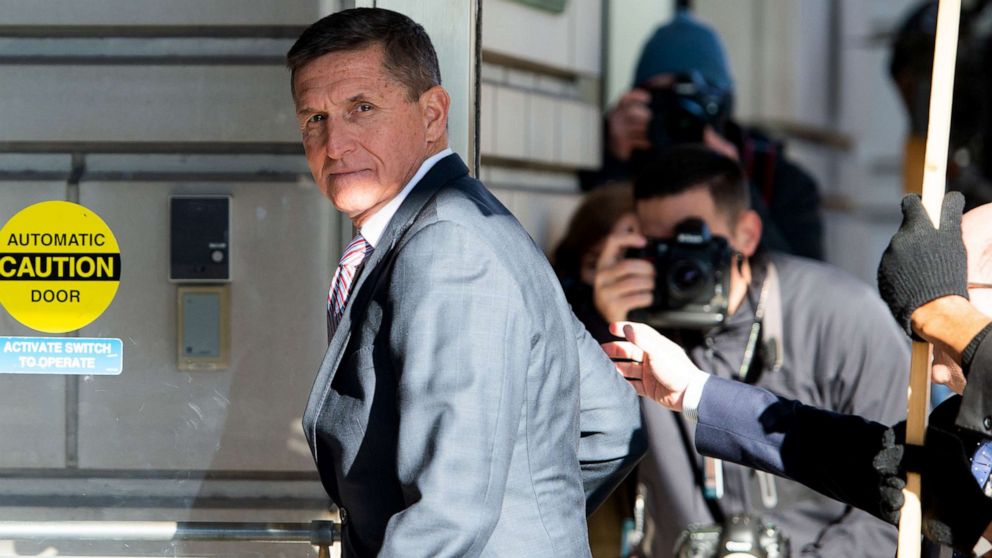 After months of bickering with prosecutors about his cooperation, Michael Flynn saw his legal counsel file a notice announcing his intention to withdraw his guilty plea "because of the government's bad faith, vindictiveness and breach of the plea agreement."

That move comes less than a week after federal prosecutors recommended a sentencing of up to six months in prison for President Donald Trump's former national security adviser.

Flynn pleaded guilty in December 2017 to lying to federal investigators about his discussions with Russian Ambassador Sergei Kislyak during the presidential transition in December 2016. He entered into a cooperation agreement with prosecutors as part of former special counsel Robert Mueller's probe into Russian election interference. But after an aborted sentencing hearing in late 2018, Flynn replaced his lawyer and began an effort to disavow his wrongdoing.

In a court document filed Tuesday evening, Flynn's legal team wrote that the government demanded Flynn, who was expected to to be called as a government witness last July in the separate case of his former business associate Bijan Kian, to provide a "false" testimony and say that he "knew and intended" to sign false filings in his Turkish lobbying work, which would lead him to breach his plea agreement by not telling the truth.

Flynn's legal team argued in the court document that the government made such demands for the first time after Flynn changed his legal team.

"The prosecution has shown abject bad faith in pure retaliation against Mr. Flynn since he retained new counsel," Flynn's defense wrote in the filing. "This can only be because with new, unconflicted counsel, Mr. Flynn refused to lie for the prosecution."

Flynn didn't end up testifying at Kian's trial after prosecutors expressed new doubts about his pledge to cooperate with their investigative efforts and the judge in his ex-business partner's case threw out the jury's guilty verdict for lack of evidence.

Prosecutors last week cited Flynn's "affirmative efforts to undermine" Kian's prosecution as part of their reasoning for recommending a harsher sentence for Flynn.

"The government has reason to believe, through representations by the defendant's counsel, that the defendant has retreated from his acceptance of responsibility in this case regarding his lies to the FBI," prosecutors wrote.