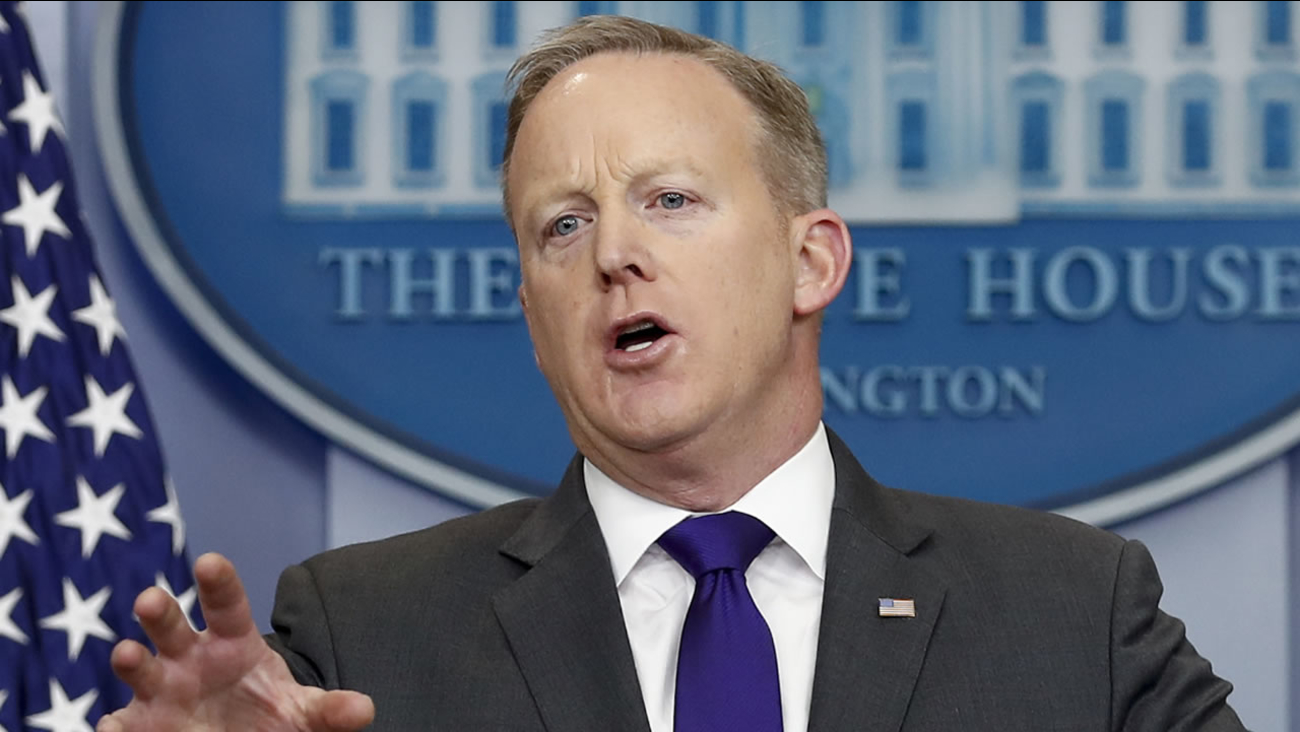 WASHINGTON -- President Donald Trump ousted his national security adviser because he lost trust in him, not for any legal concern, Trump's spokesman said Tuesday.

White House press secretary Sean Spicer said that the "erosion of that trust" over the circumstances surrounding retired Gen. Michael Flynn's calls with the Russian ambassador to the U.S. created "a critical mass and an unsustainable situation."

Flynn's ouster appeared to be driven more by the idea that he had misled Vice President Mike Pence and other officials than by the content of his discussions with Russia's ambassador. Still, the matter deepened questions about Trump's friendly posture toward Russia.

"This was an act of trust - whether or not he misled the vice president was the issue and that was ultimately what led to the president asking for and accepting the resignation of Gen. Flynn," Spicer said.

Flynn's resignation came after reports that the Justice Department had alerted the White House weeks ago that there were contradictions between Trump officials' public accounting of the Russia contacts and what intelligence officials knew to be true based on routine recordings of communications with foreign officials who are in the U.S.

Spicer said White House counsel's office reviewed the situation after it was flagged by the Department of Justice, and along with the president, the counsel determined that it did not pose a legal problem.

He declined to comment on whether anyone at the White House had read transcripts of the calls between Flynn and the ambassador.

The revelations were another destabilizing blow to an administration that has already suffered a major legal defeat on immigration, botched the implementation of a signature policy and stumbled through a string of embarrassing public relations missteps.

White House officials haven't said when Trump was told of the Justice Department warning or why Flynn had been allowed to stay on the job with access to a full range of intelligence materials.

Sen. Lindsey Graham, R-S.C., a longtime Russia critic, said Congress needs to know what Flynn discussed with the ambassador and why.

"The idea that he did this on his own without any direction is a good question to ask," Graham added.

Pence and others, apparently relying on information from Flynn, had said the national security adviser did not discuss U.S. economic sanctions against Russia with the Russian envoy during the American presidential transition. Flynn later told officials the sanctions may have been discussed, the latest change in his account of his pre-inauguration discussions with Ambassador Sergey Kislyak.

Such conversations would breach diplomatic protocol and possibly violate the Logan Act, a law aimed at keeping private citizens from conducting U.S. diplomacy. The Justice Department had warned the White House late last month that Flynn could be at risk for blackmail because of contradictions between his public depictions of the calls and what intelligence officials.

Asked whether the president had been aware that Flynn might have planned to discuss sanctions with the Russian envoy, White House spokesman Sean Spicer said, "No, absolutely not."

House Speaker Paul Ryan said Trump made the right decision in asking Flynn to step down.

"You cannot have the national security adviser misleading the vice president and others," Ryan said.

Trump, who has been conspicuously quiet about Flynn's standing for several days, took to Twitter Tuesday morning and said the "real story here is why are there so many illegal leaks coming out of Washington?" He ignored questions about Flynn from reporters during an education event at the White House Tuesday morning.

Kellogg convened a brief meeting of the National Security Council staff Tuesday morning and urged them to continue with business as usual. Staffers have been told that Flynn's deputy, K.T. McFarland, a former Fox News analyst, is expected to stay at the White House.

A U.S. official told The Associated Press that Flynn was in frequent contact with Kislyak on the day the Obama administration slapped sanctions on Russia for election-related hacking, as well as at other times during the transition.

The officials and two people with knowledge of the situation confirmed the Justice Department warnings on condition of anonymity because they were not authorized to discuss the matter publicly.

The Washington Post was the first to report the communication between former acting attorney general Sally Yates, a holdover from the Obama administration, and the Trump White House. The Post also first reported last week that Flynn had indeed spoken about sanctions with the Russian ambassador.

Trump never voiced public support for Flynn after that initial report but continued to keep his national security adviser close. Flynn was part of Trump's daily briefing Monday and sat in on his calls with foreign leaders, as well as his discussions with visiting Canadian Prime Minister Justin Trudeau.