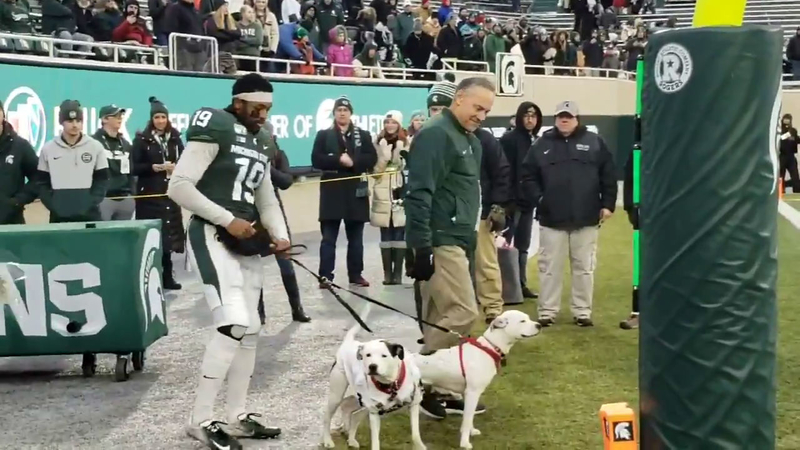 Football player takes to field with dogs after losing both parents

EAST LANSING, Michigan -- A Michigan State football player was accompanied by his beloved dogs on the field for Senior Night following the death of both of his parents during his college career.

Josh Butler walked onto the field at Spartan Stadium on Saturday with his dogs Roxy and Remi by his side.

Players usually take the field with their families for Senior Night, but Butler decided to bring his dogs instead.

Butler's father died of a heart attack in 2017 and his mother died earlier this year of breast cancer.

Video of his walk onto the field with his dogs has since gone viral.

Butler shared video of the moment later Saturday and said, "Definitely been a blessed journey since taking the greyhound bus as a kid all the way up to Michigan State, being able to prevail through losing my father in 2017, and seeing my mother pass away in my arms just this year in April from Cancer; it has strengthened me as a person, man of God, and leader."

He said he is focused on earning a master's degree in December and that his dogs mean the world to him.