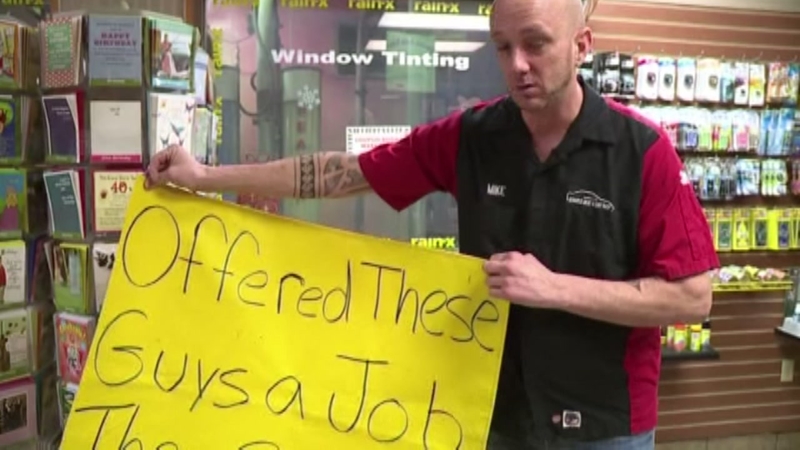 MUSCATINE, IA -- An Iowa man took matters into his own hands after he says two young panhandlers twice rejected job offers meant to help get them on their feet.

Mike Pothoff, of Muscatine, says he pulled over his car and offered them work but was rebuffed.

The boys allegedly smirked and walked away after the initial exchange.

When Pothoff saw the boys again the following weekend, he offered them employment once more. Yet, when they declined, he decided he would come back with a sign of his own.

These two young men probably never expected to be shadowed like this.

"If they're going to stand out there and hold a sign and ask for money and say they're homeless, I can hold a sign out there," Pothoff says.

The sign reads: Offered these guys a job, they said no. Don't give money.

The photo of Mike and his sign has since gone viral online.