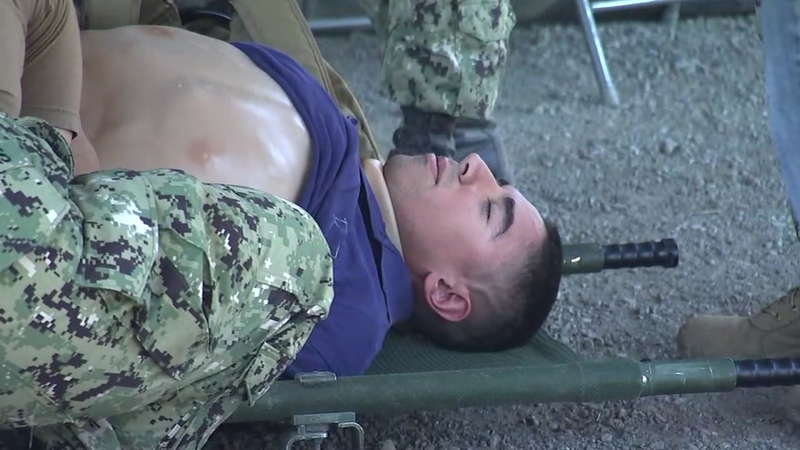 DUBLIN, Calif. (KGO) -- Dozens of reservist military men and women are preparing for the worst.

They created a training exercise scenario which looks very real.

The valuable training could be used during real-life disasters if needed.

The large scale drill at Camp Parks in Dublin looked like the real thing - A combat scenario, involving mass casualties and lots of fake blood.

"We need a gurney," said one military nurse.

Medics, doctors, and nurses from the U.S Army and Navy Reserve were working together.

"We prefer to train, train, and train to get it right, learn and be ready should we ever be called on," said Colonel Christopher Husing from U.S. Army Reserve.

"People are used to working in trauma bays in hospitals, it's different in the field treating casualties, sometimes we don't have access to supplies," said Captain Janet Wessels from U.S. Navy Reserve.

"Learning to work together as a team could apply to any scenario," said Commander John Mayberry from U.S. Navy reserve.