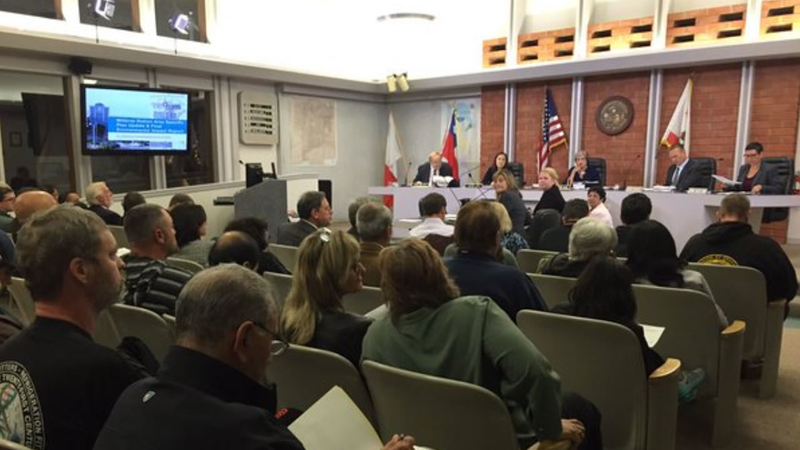 MILLBRAE, Calif. (KGO) -- Overflow seating had to be made available at a Millbrae planning commission meeting Monday night. Dozens of people were eager to speak on a massive mixed-use development being considered on 10-acres at the Millbrae BART station.

No recommendation from #Millbrae planning commission tonight on large development at BART. Continued to Nov. 16. Hear from community at 11p.

Not a pretty picture for Bill Clark who has lived in Millbrae for almost 62 years.

"I don't hear any FUN for people. I understand your income, I understand all the stuff that has to go with it, but at some point you have to incorporate something that's for the citizens," Clark said.

Dozens of people addressed the planning commission at a meeting to consider the project's environmental impact report. Union workers say it will create good jobs, but some residents worry it could create bad traffic. And then, there are the apartments.

"I would like to see affordable housing requirement raised from 15 percent to 25 percent," said one person at the planning commission meeting.

"The issue of affordable housing," said another person at Monday's meeting.

City Councilman Wayne Lee, who's up for re-election Tuesday, says the development is not well-planned.

"It's just putting down something really quick and dirty. And that would really hurt our economy in Millbrae," Lee said.

The planning commission will make a recommendation to the city council whether or not it should move forward with the $200 million development.