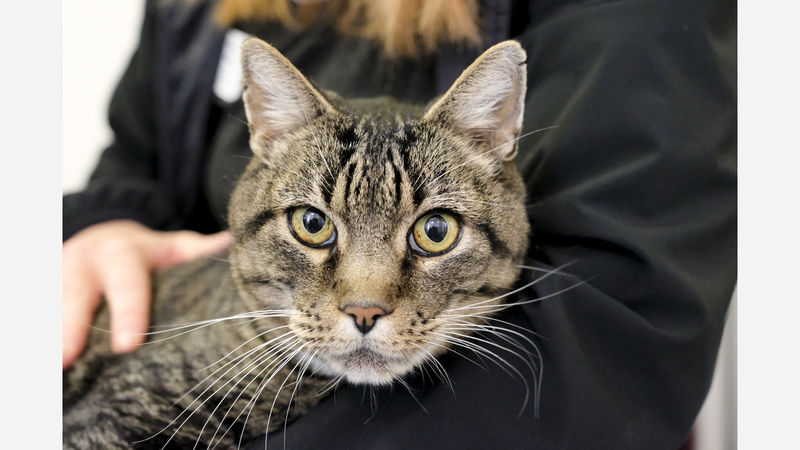 SONOMA, Calif. (KGO) -- Here's an unexpected twist in the North Bay fire stories. Five times as many cats went missing as dogs, and many of them remain unclaimed.

"Dogs come when you call them. Cats do not," said Wendy Willing of the Sonoma Humane Society. "When the fires raged through, most dogs were home with their owners, but many cats were out wandering. People grabbed their dogs and had to leave their cats behind."

RELATED: A look back at families reunited with pets after North Bay Fires


The result was animal shelters filled with enough cats for a library of Dr. Seuss books. The Sonoma Humane Society has taken in roughly 200 felines, and the Sonoma County Animal Shelter has almost as many more.

About one-third of the owners have claimed their cats, thanks to microchips, but even those animals do not have a perfect record. If an owner moves, he or she needs to update the chip.

Joey, in the cover picture, provides one good example. The Humane Society knows his name because it's there on the chip. However, his owners never updated the rest of his information, so Joey remains an orphan.

He's quite a fat cat snuggler, by the way. Someone really loved him, and he knows how to love back.

Eventually, the Sonoma County Humane Society will put unclaimed cats up for adoption, with one proviso. If, after signing paperwork, the former owner shows up, they will have the right to take it back.

The #Sonoma Humane Society has taken in some 200 felines. Returned some 70 to their owners. Almost all had microchips. Joey, shown here, did, too, but remain an orphan because owners never updated his info. #abc7now pic.twitter.com/5LDbn9P40I

Here's a strange #sonomafires fact. Five times as many cats went missing as dogs. Why? A dog comes when you call. Cats usually do not. And, then fires hit, many were out roaming #cats #ABC7now pic.twitter.com/dv0toHPy4o