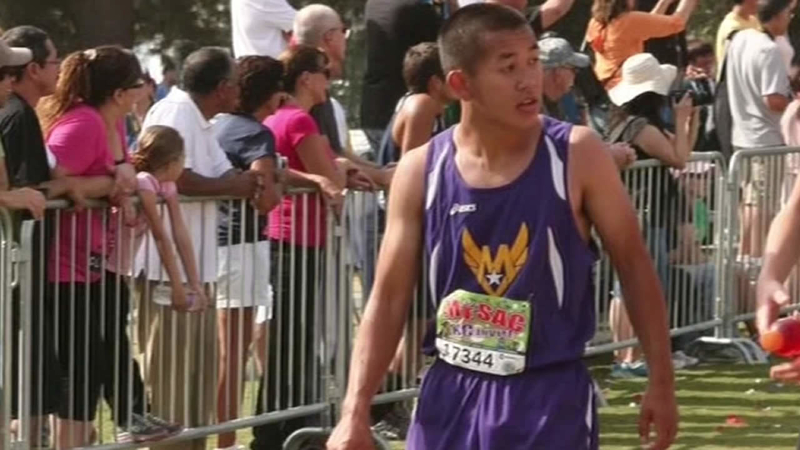 CUPERTINO, Calif. (KGO) -- An all-out search is taking place in the South Bay for a missing 17-year-old. Connor Sullivan showed up for his first period class at Monta Vista High School in Cupertino on Monday morning, but hasn't been seen since.

According to his parents, the teen has never gone missing before, nor did he have any reason to be upset. Attempts to track his phone have failed and several of his classmates have been interviewed, but police say no leads have developed.

Volunteers searched the Stevens Creek dam and reservoir in Cupertino on Wednesday, hoping to track down the missing teen.

"We've been all over the bridge, we went all the way to the back side of the dam, looking of course in the water and everywhere and calling his name," said Sunnyvale resident Hilary Robinson.

Sullivan was last seen at school Monday morning. The three-sport varsity athlete attended his first period class, but school officials say he did not show up to any of his remaining classes. He also didn't attend track practice, like he was scheduled to do.

"He's a quiet leader, and everyone very much respects him, and this is just unforeseen, just absolutely out of the blue," said track coach Leah Tapscott.

The Santa Clara County Sheriff's Office is calling this an open investigation, but do not suspect foul play at this time.

#NOW: "I want my baby home." -- Jill Sullivan, mother of Connor, 17yo #Cupertino teen who went missing on Monday. pic.twitter.com/YV7Cb0KkGc

Sullivan's coaches were among those out looking and trying to get the word out on Wednesday.

"It's such a departure from the Connor that we've come to know and love, and the unknown is the scary part of it," said wrestling coach Ian Bork.

A lot of people had heard the news of the missing student and 250 volunteers showed up to help in the search efforts. Wednesday's search was coordinated by the Cupertino Community Emergency Response Team (CERT).

Sullivan's parents say he doesn't have a car, cash, credit cards, or a driver's license and his cellphone has been turned off.

The Santa Clara County Sheriff's Department believes that Sullivan is not a victim of crime.

"We haven't determined any foul play," said Santa Clara County Sheriff's Sgt. James Jensen. "We don't know of any foul play. It is suspicious because he's never run away before and that's why we're looking into it even closer."

Sullivan's father had a message for him.

"Connor, if you can hear this message, you're not in trouble. We love you. Please come home," he said.