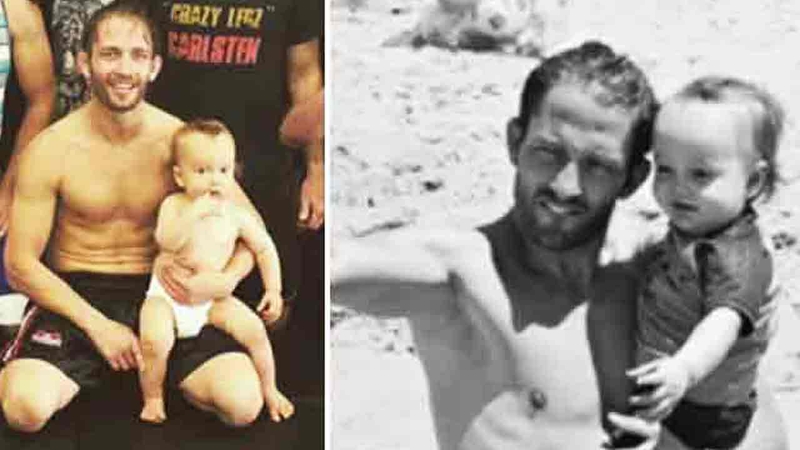 HAWTHORNE, Calif. -- The 15-month-old son of MMA fighter Marcus Kowal was taken off life support after being struck by a suspected drunk driver in Hawthorne over the weekend.

The athlete's son, Liam Mikael Kowal, was being pushed in a stroller through a crosswalk by his teenage aunt in Hawthorne when they were struck by a 72-year-old woman, according to police.

Kowal said he and his family are determined to keep Liam's memory alive.

The crash happened near 133rd Street and Hawthorne Boulevard Saturday afternoon. The suspect, identified as Donna Marie Higgins, tried to flee the scene but witnesses followed her and blocked her vehicle until authorities arrived.

Donna Marie Higgins, 72, is shown in a mugshot.

She was arrested on suspicion of felony drunk driving and felony hit-and-run. She was booked at the Hawthorne jail in lieu of $100,000 bail.

Authorities initially reported that Liam was a girl, but later clarified that he was a boy.

Every moment since the accident has been a nightmare for the Kowals, especially for Marcus, who has to relieve the scene over and over again in his head.

He said a crying neighbor called out to him from the stairwell of their apartment to tell him about Liam.

"I ran out in the street, ran down. I saw the police cars, and I saw his stroller in two pieces. He has a little green frog that he's had with him since day one. He carries it around wherever he is. He won't sleep without his green frog and it was lying in the middle of the street," he said.

The teen and Liam were rushed to Harbor-UCLA Medical Center. She is expected to be OK, but Liam was declared brain dead and would be taken off life support Monday.

Liam's organs will be donated because his family said he loved to share and bring joy to everyone.

Kowal posted the devastating news about his son on Instagram.