KGO
By Amy Hollyfield
MODESTO, Calif. (KGO) -- The Alameda County Sheriff's office has confirmed an AMBER ALERT is over after a missing child and his father were found safe at a hotel in Dublin.

Police arrested 41-year-old John Cosso at a La Quinta Hotel in Dublin at 8 a.m. Tuesday morning and safely recovered the 6-year-old boy he is accused of abducting.

Witnesses at the hotel say police quietly tackled Cosso and handcuffed him. They could hear the boy screaming for his father as he was taken into custody.

Dublin hotel where an arrest was made in connection with the Amber Alert pic.twitter.com/0pUhCg3s3b

"I didn't see the child, I could just hear him screaming for his dad," said Norvell Thomas who witnessed the arrest.

Police are charging Cosso with kidnapping, domestic violence, child endangerment and burglary. They say his bail is set at $300,000.

They also arrested his 17-year-old son at the hotel, a half brother of the kidnapping victim. Charges against him are pending.

Police say the Amber Alert did help in this case. They received a number of tips that led them to the hotel. They think the suspect has ties to the Bay Area but that this may have just been a place to stop for the night.

"Six people were involved, two are in custody. So we are still investigating," said Sgt. Hinkley.

He said the boy is settled down, eating and talking to investigators who are working to reunite him with his mother.

"My understanding is they are separated and getting a divorce and have custody issues. Why he chose to do this this day and in this manner, I don't know. We are still investigating," said Sgt. Hinkley.
Report a correction or typo
Related topics:
modestodublinchild abductionsearcharrestamber alertkidnapkidnappingabductionmissing children
Copyright © 2020 KGO-TV. All Rights Reserved.
RELATED 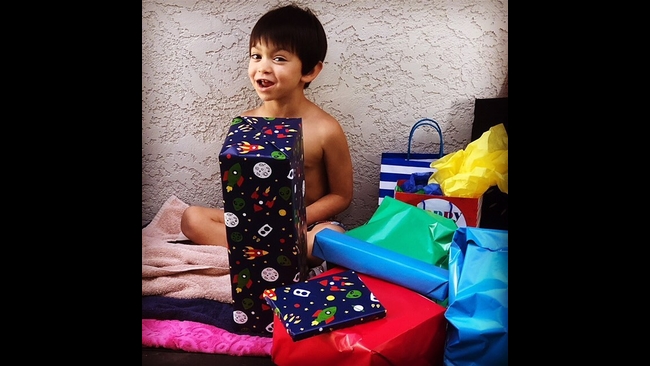