Clerk staged robbery with boyfriend, then got engaged at Walmart, police say 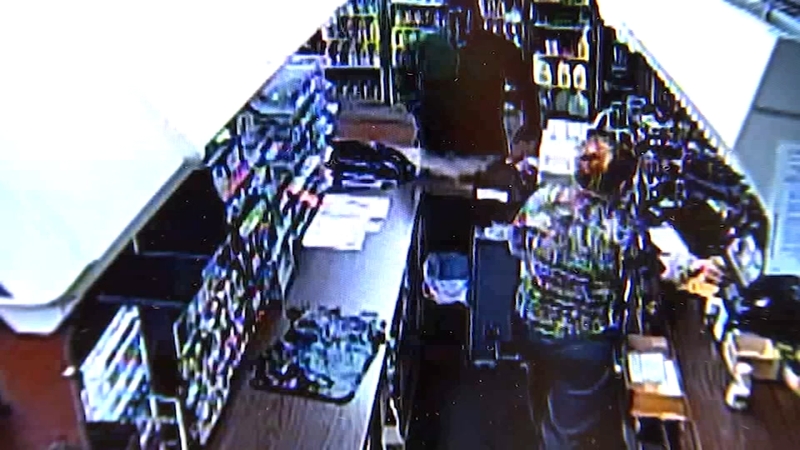 MORGANTON, N.C. -- It seemed like a typical convenience store robbery. An armed man walked in and demanded money from the frightened clerk, then walked out with a fistful of cash.

But when authorities in Morganton took a closer look at Monday night's robbery at Big Daddy's Minit Mart, they realized something was amiss and it soon unraveled into a tale of greed and love gone wrong.

Police said the clerk, Callie Elizabeth Carswell, staged the heist with her boyfriend at the store, used the money to buy rings hours later and made a video of their engagement at a Walmart.

The caper began late Monday night when Carswell told police a man entered Big Daddy's carrying a long, curved knife and demanded money from her, according to a Morganton Department of Public Safety news release.

But investigators say they noticed discrepancies between her story and surveillance video from the store and they said it was her boyfriend, Clarence William Moore III, who entered the store demanding money.

"Carswell and Moore planned the armed robbery and stole a total of $2,960 in cash," the news release said.

If they planned it, they didn't do it very well. Police had little trouble finding evidence.

Officials said Moore was in the store earlier wearing the same pants seen on the robber. They also checked his social media accounts and spotted him wearing the same glasses and bandanna seen in the surveillance video.

Authorities searched Moore's vehicle and found money from the store and a hand-written list of items needed to conduct the robbery. Investigators say they found the weapon and clothing Moore used during the robbery.

Authorities also searched Carswell's phone and found a video of them getting engaged at Walmart early the next morning, according to the news release. Receipts showed engagement rings were purchased at Walmart. Police Lt. Josiah Brown confirmed to The Associated Press that the stolen cash was used to buy the rings.

According to The News Herald, Carswell said outside of court Tuesday that she wasn't involved in the robbery plan.