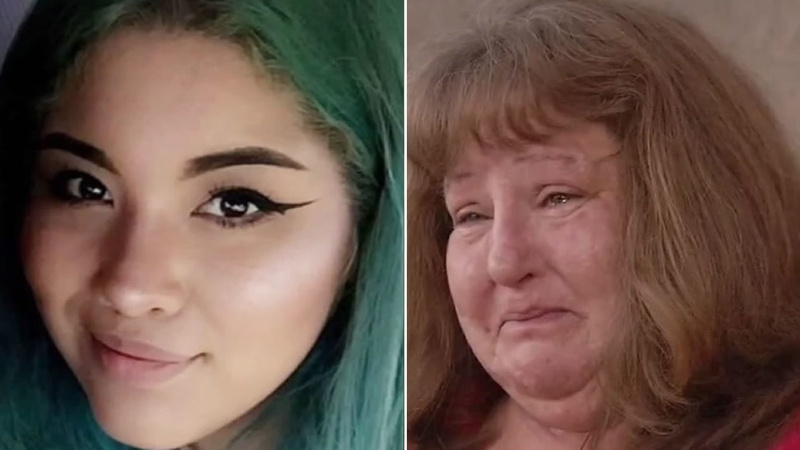 LIVERMORE, Calif. (KGO) -- For the first time, ABC7 News is hearing from the mother of Daniel Gross, one of the murder suspects accused of stabbing and killing a 19-year-old and leaving her to die on Tesla Road in Livermore.

ABC7 News is also hearing from a former girlfriend of Gross, with whom he has a child.

"He threw his whole life away for nothing," said Tracy Gross, the mother of murder suspect Daniel Gross. Gross appeared in court Thursday. The case was put over until March.

RELATED: Mom of Livermore fatal stabbing suspect says his girlfriend was the 'mastermind'

She says her son's pregnant girlfriend, Melissa Leonardo was talking about what she and Gross planned to do. "She says well we were going to tie up that (expletive) and stab her," said Gross.

According to Gross, Leonardo went on to say the plan was off because (Daniel) Gross didn't want to do it.

"I didn't put two and two together. If I had, that girl would probably still be alive," said Gross.

Gross and Leonardo are facing murder charges. According to charging documents, the couple stabbed Cuesta and left her to die on Tesla Road. Cuesta was able to tell deputies who hurt her before she passed away. Investigators believe the couple may have tied her up with a rope found at the crime scene.

Cuesta worked with Gross and Leonardo.

Gross' mother calls Leonardo the mastermind behind the murder. "I know if it wasn't for her, he wouldn't have done it," said Gross.

Daniel Gross' mother says his pregnant ex-gf was "mastermind" behind Lizette Cuesta's murder, talked about tying her up & stabbing her. 6pm pic.twitter.com/NDicB9yix1

"She's scared and frightened by all of this, this is a terrible situation for her," said Daniel Shriro, Leonardo's public defender.

Gross' mother says she asked her son recently why he was texting with Cuesta.

She says he said because Leonardo wanted him to.

"I think he had sex with Lizette at Melissa's (Leonardo's) urging," said Gross.

"She's just as guilty as he is," she continued. "He shouldn't get the whole punishment for it."

In addition to Leonardo's baby on the way, Gross' ex-girlfriend Jacqueline Bowman has a 10-month-old baby with him named Eli.

When ABC7 News asked Bowman if Gross was a violent person she said, "At times he could be and then at times he wasn't."

Bowman says she reported Gross once when he went to hit her but ultimately didn't. She says she saw markings on him that led her to believe he cut himself.

"You just don't know where he's going to take his anger towards if he's trying to harm himself," said Bowman.

"I am in shock because when I saw that on the news, I thought that that could have been my daughter," said her mother, Kasandra Bowman.

The Bowmans and Gross' mother say their hearts go out to the victim's family.

The case has been put over to March 16 for entry of pleas.

A GoFundMe page has been set up for the family of Lizette Cuesta. Click here for more information.

Daniel Gross' ex-gf & mother of his son: "You just don't know where he is going to take his anger towards if he's trying to harm himself." pic.twitter.com/eOdl1y8BRJ