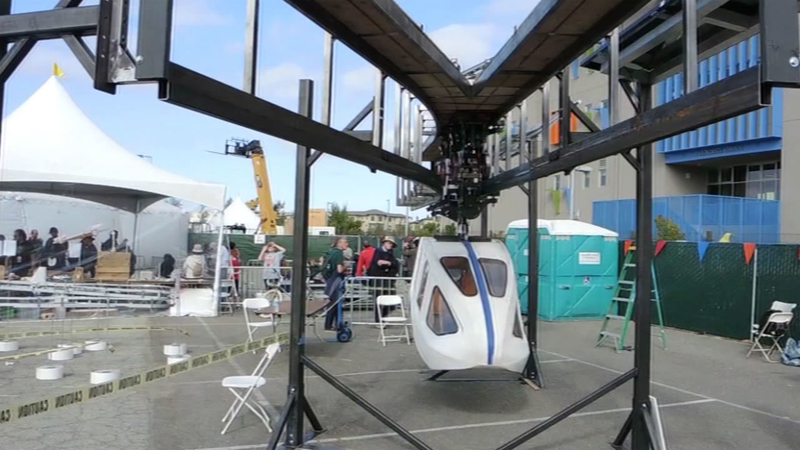 MOUNTAIN VIEW, Calif. (KGO) -- Google isn't the only company in Mountain View working on new forms of transportation. Engineers from around the world met Thursday just a few miles from the Google to discuss podcars.

A 3D printed model, painst akingly assembled with little people towering structures and aerodynamic vehicles -- it's not just an idea. They're actually designing this for the city of Richmond, Calif.

"Richomnd needs some kind of economic stimulus. We can connect underdeveloped areas in Richmond that could be very desirable if there were a connection to BART," said Neil Sinclair of CyberTran International.

BART is expensive to build and operate, but CyberTran says its system is not. It's assembled like tinker toys, solar powered and like an elevator, it only stops when someone pushes the button.

"Meanwhile, other vehicles going to different stations are going right on by, not stopping," Sinclair said.

It's not a new concept. The same futuristic design was unveiled at NASA Ames Research Center four years ago. In fact, this conference, Podcar City, is in its ninth year, but something's different -- an influx of youth.

"The older people were just excited to see what the young people are doing and their enthusiam," said Ron Swenson of the International Institute of Sustainable Transportation.

What they're doing is creating the Spartan Superway, a hanging podcar that switches tracks and navigates automatically.

"Getting people to and from where they want to go, rather than sitting in traffic and polluting the environment," said Burford Furman, a San Jose State mecahnical engineering professor.

Getting these systems from concept to reality is taking longer than many had hoped, and it's not necessarily a government problem or a technology problem, it's more of a chicken and egg problem.

"What we have is both sides waiting for the other side to move," Swenson said.

The cities want to see the technology working. The companies need a place to build their first system. Some think the ideal place to prove it out might be a college campus.