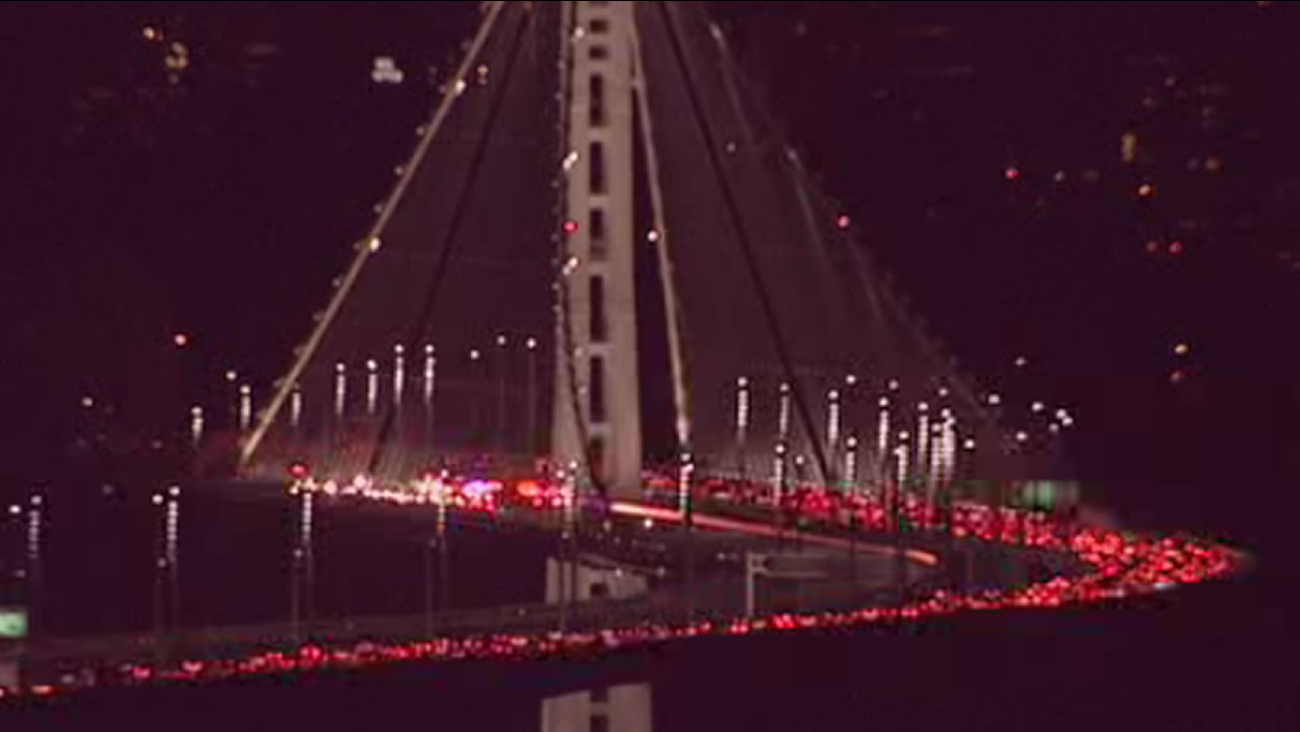 KGO
SAN FRANCISCO -- All lanes have reopened in the eastbound direction of the Bay Bridge after a multi-vehicle collision closed them for a period Saturday evening, according to the California Highway Patrol.

Officers responded to a report of multi-vehicle collision at 8:27 p.m., Ogilvie said. At least seven people were reported injured, three of them critically, according to the San Francisco fire dispatch.

The CHP says a person driving the wrong way on the bridge without headlights on lead to the accident.