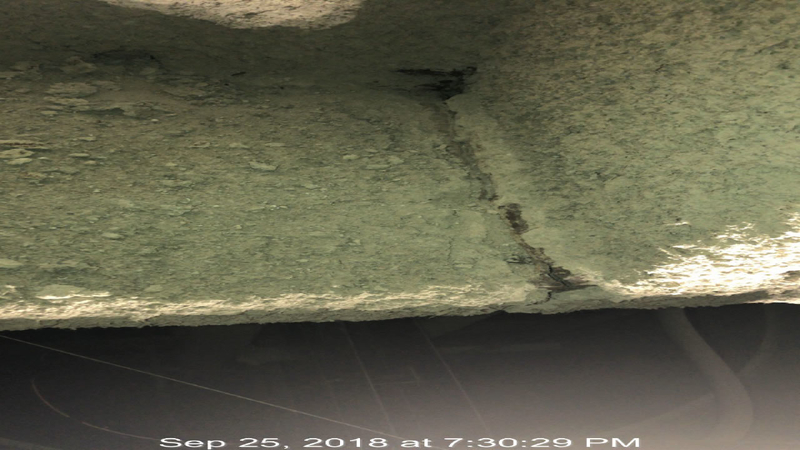 SAN FRANCISCO (KGO) -- After a second crack was found in another steel supporting beam at San Francisco's Salesforce Transit Center, officials are investigating what caused the problem.

On Wednesday night, workers were busy de-energizing bus lines on Fremont and Howard Streets so that workers can begin safely inspecting and eventually fixing the cracked beam inside the Salesforce Transit Center.

A few blocks away, at the old temporary Transbay Terminal, bus riders were waiting at a crowded bus stop, which is busy once again now that the Transit Terminal is closed for at least the next week.

RELATED: Transit Center mystery: Is it the steel, welds or design? UC professor weighs in

"Now I'm kind like oh, I have to find a new way to get home. It's kind of inconvenient!"

The questions are not only from commuters. Executive Director of Transbay Joint Powers Authority, Mark Zabaneh, revealed photos on Wednesday of the 2.5-foot-long crack discovered in the load-bearing steel beam Tuesday morning.

A second smaller crack was discovered in an adjacent beam. Zabaneh says the possible cause of the defects are numerous at this point -- "three possibilities, fabrication, installation and design."

The senior construction manager, Dennis Turchon, says all the steel in the Transit Center is American made.

Officials revealed Wednesday that a second steel beam was found to have cracks on the third level of the Salesforce Transit Center in downtown San Francisco.

The beams in question were made by Herrick Steel, which is headquartered in Stockton, but also has an office in San Ramon.

"We have seven different fabricators that have provided all the steel on this project. Herrick is only one of them, but they're probably about 30 percent of the whole steel that was put onto the project," said Turchon.

When ABC7 called Herrick Steel, it had no comment, but their website shows that they have contributed steel to dozens of buildings in San Francisco that make up the city's modern skyline, including the Salesforce Tower.

UC Berkeley engineering professor Robert Ritchie says the best case scenario is that the beams are failing due to poor handling or perhaps welding, which he explains is still not an easy fix for the 1.2 million square foot building.

"They would have to look at every weld and structure to see if there are cracks there," Ritchie said.