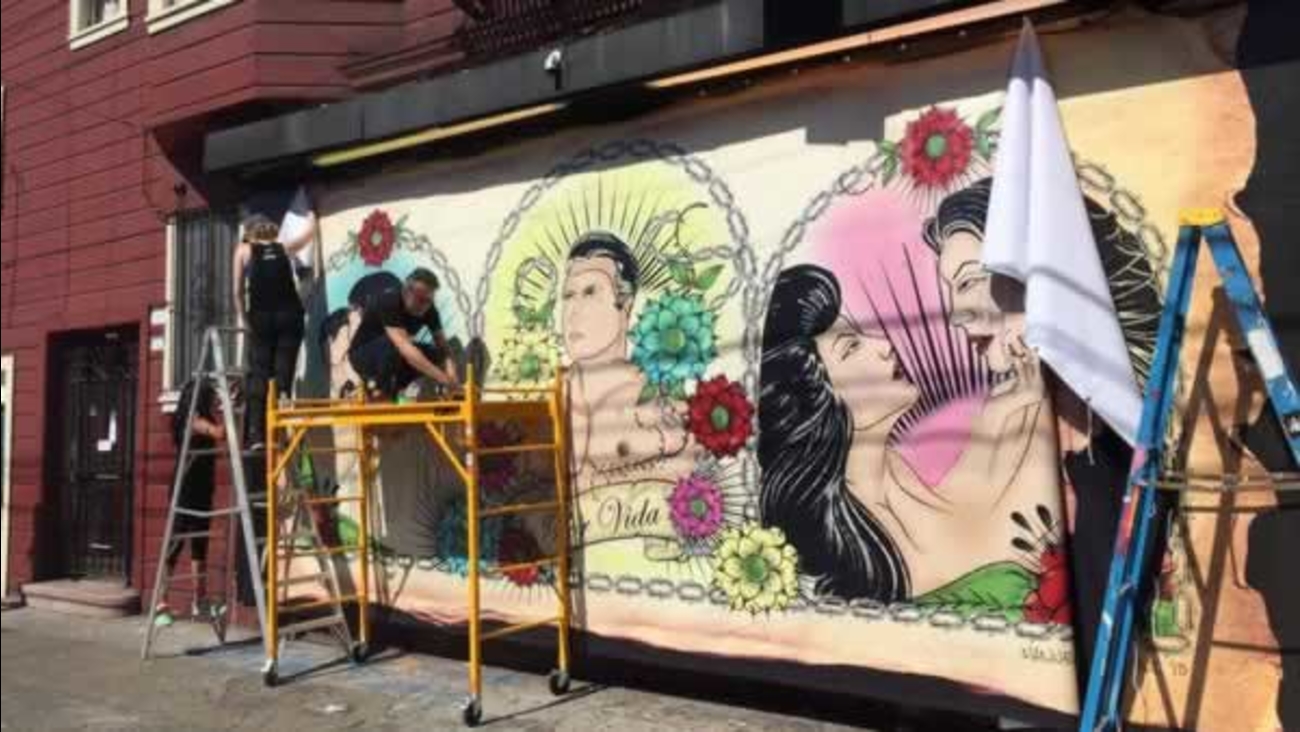 Members of Galaria de la Raza hang up a mural at 24th and Bryant Streets in San Francisco on Friday, June 26, 2015. (KGO-TV)

SAN FRANCISCO (KGO) -- Police released a surveillance video Saturday of a man suspected of vandalizing a mural in the Mission District.

Around 11:10 p.m. on June 29, police responded to the corner of 24th Street and Bryant Street regarding a building fire, police said.

Upon arrival, police discovered the mural had been burned.

The mural belongs to the Galeria De La Raza and is titled "Por Vida" or "For Life."

The mural was unveiled by San Francisco's Galeria de la Raza on June 13 and is located close to the gallery. The mural depicts three scenes mixing queer and low-rider culture.

Before the most recent incident, the mural had been vandalized with graffiti on June 16 and again on June 21, police said.

Police described the suspect as a male, 6 feet tall and weighing 190 pounds. The suspect was wearing a black sweatshirt, black pants, white tennis shoes, white gloves and a black cloth covering the lower half of his face.

The suspect was last seen running south on Bryant toward 25th Street.