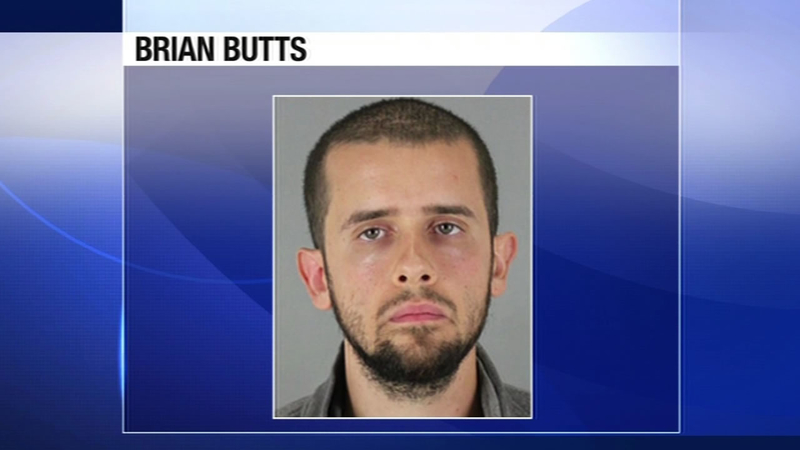 DALY CITY, Calif. (KGO) -- A local piano instructor is accused of molesting three students during lessons and there could be more possible victims out there. Brian Butts, 28, is charged with 10 counts of child molestation.

His bail is set at $1.5 million. Police believe there could be more victims out there.

Parents are shocked to learn a substitute teacher at MusicArt Studio in Daly City was arrested for molesting some of his young students.

Police say Butts taught piano and guitar this year between April and early June while the school's owner was in Europe. A 13-year-old girl was the first to report the crime.

"During the course of lessons, he was touching her in the chest over the clothing on several occasions," San Mateo County District Attorney Steve Wagstaffe said.

Two more girls, 13 and 15 also said Butts had touched them the same way during lessons.

"And it's not supposed to happen. Oh my gosh... bad news," parent Maybelle Dibble said.

ABC7 News spoke to parents whose kids had no contact with Butts. They say they are outraged.

"People like him should not be a teacher, he should be in jail," grandparent Carlos Rosales said.

"Most of the time for these classes, it's best if there's two teachers in there somewhere, another adult. That's the best possible scenario, but budgets being what they are, it's not always going to working out," parent Darren Aho said.

The district attorney believes there could be more victims and urges them to come forward.

ABC7 News tried to talk with MusicArt administrators about Butts, but were shown the door instead.

The district attorney says Butts could face life in prison if convicted on all counts.

"We certainly feel what those parents feel and that's why we very aggressively prosecute these cases and quite candidly, assuming they're provable cases, we have no room for leniency. It's a nightmare for parents," Wagstaffe said.