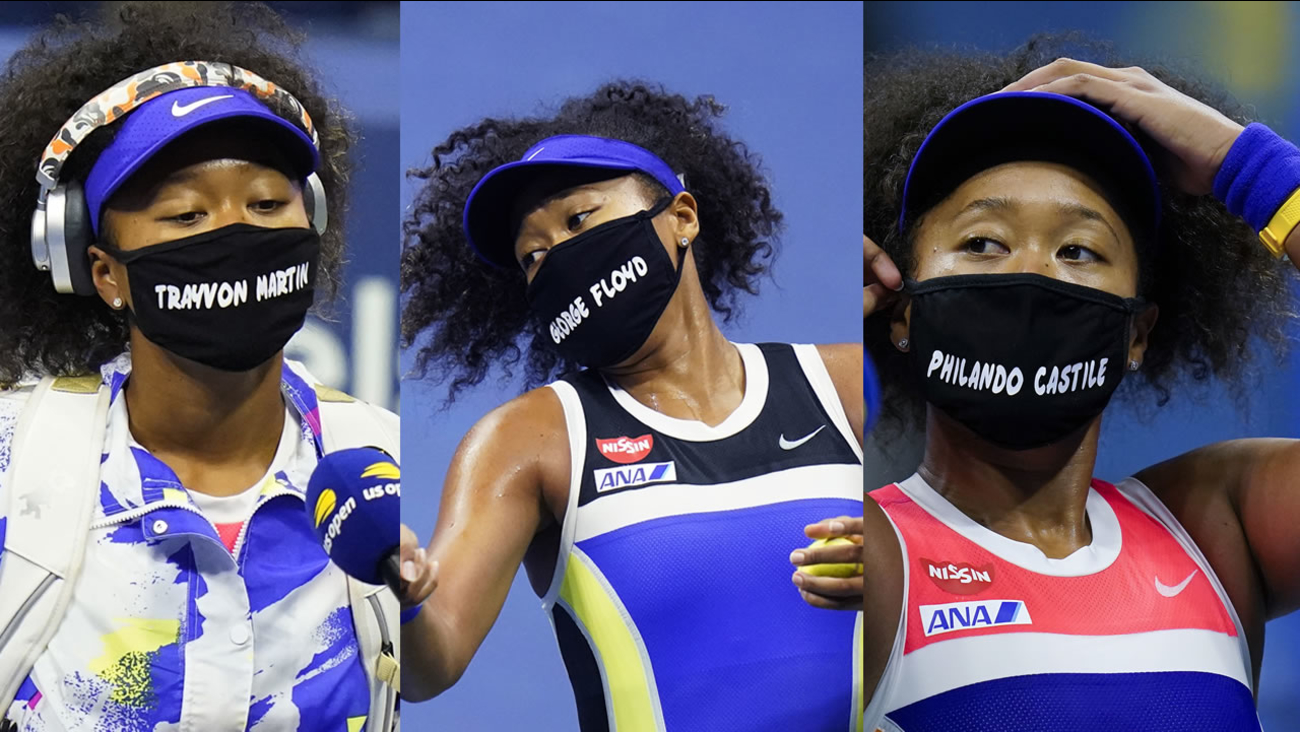 Naomi Osaka wears face masks with names of Black people who were victims of racial injustice for each round she plays at the U.S. Open tennis championships, in Sept. 2020. (AP)

NEW YORK -- Naomi Osaka has won her second U.S. Open championship and third Grand Slam title overall by coming back to beat Victoria Azarenka in three sets in the final at Flushing Meadows.

The 22-year-old was born in Japan and now is based in the United States.

Beyond Osaka's play, she silently points to social justice activism as she takes the court wearing her cloth face masks. Since her first match two weeks ago, Osaka has worn seven face masks to highlight seven people who have died in interactions with law enforcement or have faced racial injustice.

Hundreds marched across the Golden Gate Bridge protesting the deaths of George Floyd and Breonna Taylor, and the police shooting that left Jacob Blake paralyzed from the waist down.

"I feel like I'm a vessel at this point, and in order to spread awareness," Osaka told ESPN, acknowledging the global reach of tennis.

"I'm aware that tennis is watched all over the world, and maybe there is someone that doesn't know Breonna Taylor's story," Naomi Osaka said after winning her first U.S. Open match this year, ABC News reports. "I have seven (masks), and it's quite sad that seven masks isn't enough for the amount of names," she said.

The final was played at a nearly empty and mostly silent Arthur Ashe Stadium, a facility with more than 23,000 seats.

Fans were banned from the U.S. Open this year because of the coronavirus pandemic, although some tournament workers did dot the stands Saturday.