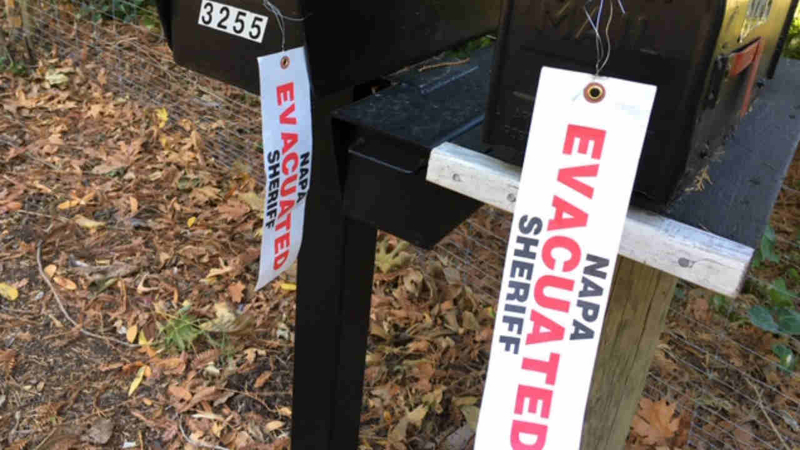 NAPA, Calif. (KGO) -- In the year since the North Bay Fires, police and fire agencies have looked to the past with an eye toward making things better in the future. The idea is to learn from what happened, especially in those first critical hours and implement new strategies to keep their communities safe in the next disaster.

Now, there's an unfamiliar sound meant to get the immediate attention of residents in Napa County during a major emergency.

"We've had fires, floods and earthquakes," said Napa County Sheriff John Robertson, who calls a new European hi-lo siren one result of the lessons learned from last year's devastating wildfires. "It allows us to drive through country roads, allowing us to advise people rapidly advising people that there's an emergency."

The Atlas and Tubbs Fires both raged through Napa County last October, killing six people and causing millions of dollars in property damage.

The hi-lo sirens are just one new tool. Napa County has also distributed thousands of evacuation tags for residents to place on their mailbox, fence, gate or door before evacuating.

The hope is they will save first responders countless hours and hopefully, some lives.
"It allows us to drive through a neighborhood, see that an entire strip of homes are evacuated and we can move on to places where people don't know about the fire yet or the emergency," explained Napa County Sheriffs Captain Chris Carlisle.

Still, given the magnitude and of last year's wildfires, the intensity of the winds, the speed and height of the flames, first responders here are well aware that no amount of preparation can guarantee it won't happen again.

"Fifty extra fire engines wouldn't have put those fires out that night," explained Napa County Fire Chief Barry Biermann. "There was not a chance that we were going to be able to contain that fire and stop it from spreading. Those conditions would not allow that type of firefight to occur."