Scientist working on system that could detect earthquakes days in advance 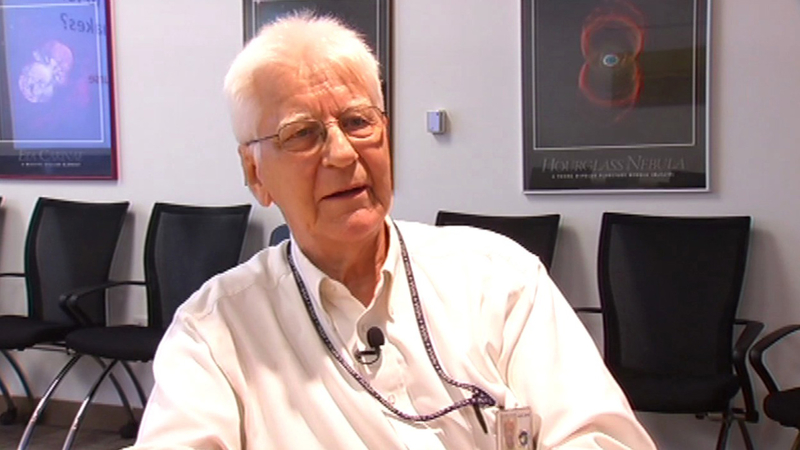 NAPA, Calif. (KGO) -- There's been a lot of talk this week about the need for an early earthquake warning system. The USGS is working on one that could offer a second or so of notice. A Bay Area scientist who works for NASA is working on a different system that he says could warn you about a quake days before it happens. For cities like Napa and Vallejo, which are facing possibly billions of dollars in damage, those extra days could make a world of difference.

Sunday's earthquake struck without warning. The 6.0 temblor was centered just south of Napa. A statewide early warning system proposed by Governor Jerry Brown would only activate after an earthquake starts, giving people just a second notice near the epicenter.

But NASA Ames scientist Doctor Friedemann Freund says he can do better, he's working on an early detection system that could give people days of warning ahead of a quake -- a real game-changer for anyone living in a quake zone like the Bay Area.

"We can triangulate where the earthquake will occur and know it two weeks ahead of time -- that there's a 90% probability that it will happen within a couple of miles where we say it will happen," said Freund.

Even a broad warning to a city or a county would be better than none at all. Advanced notice could give emergency management officials time to get their resources in place before a quake instead of afterwards. It will be up to emergency officials to decide whether the threat warrants a public alert. A warning that could help people prepare.

In his Mountain View laboratory, Freund showed how the system would work. It's based on changes in electromagnetic currents, generated by an increase in pressure or stress near fault lines, miles below the earth's surface. Dr. Freund is simulating the pressure build-up below the surface of the Earth; the squeezing of the rock activates an electrical current that travels all the way to the surface. Now if that electrical charge reaches a certain threshold, we may be able to forecast up to two days in advance before an earthquake hits.