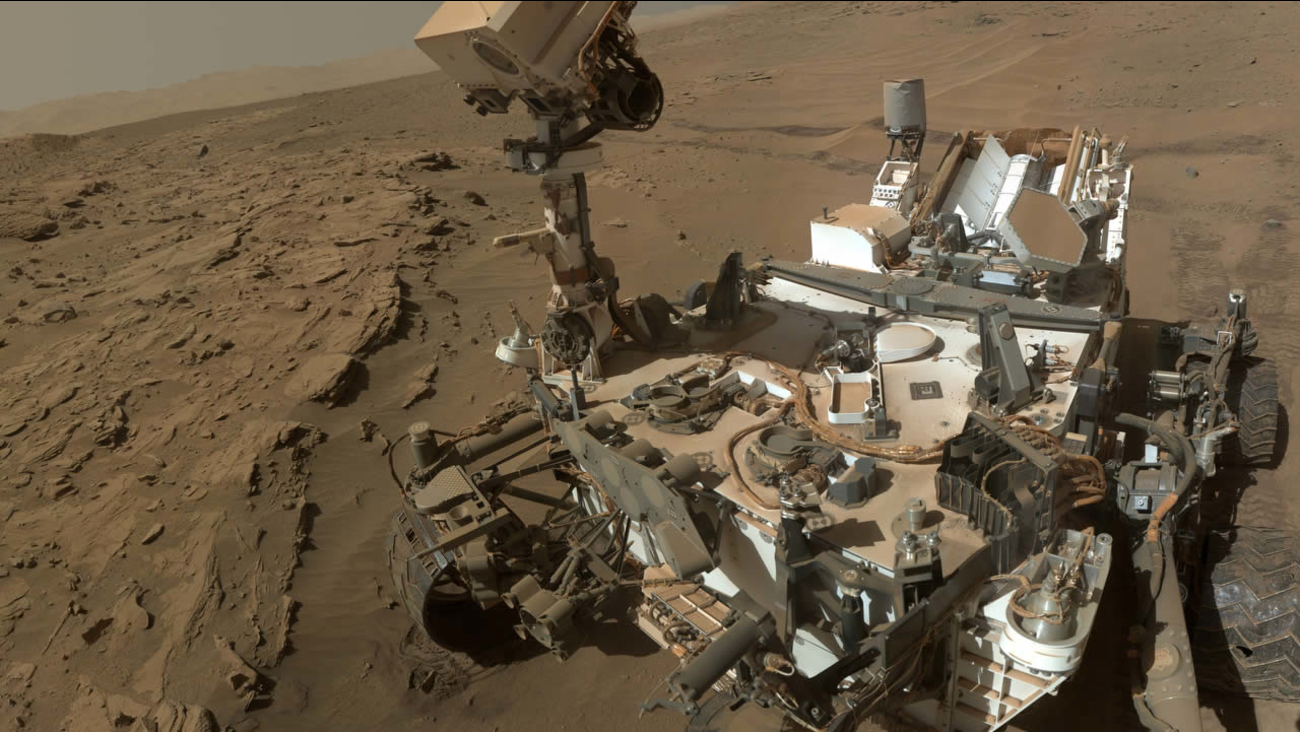 CAPE CANAVERAL, Fla. -- NASA's Mars rover, Curiosity, has detected spikes of methane in the planet's atmosphere. That suggests something is producing or venting the scientifically tantalizing gas, but no one knows what.

Most of Earth's atmospheric methane comes from animal and plant life, and the environment itself. So the Martian methane raises the question of past or present microbial life. Or the gas elevations could come from geological sources, comet impacts or something else entirely.

The latest study, released Tuesday by the journal Science, indicates there's less than half the expected amount of methane in the atmosphere around Curiosity's location in Gale Crater. But over a full Martian year, the rover measured fairly frequent occurrences of elevated methane levels - tenfold increases.

"This temporary increase in methane - sharply up and then back down - tells us there must be some relatively localized source," the University of Michigan's Sushil Atreya, part of the Curiosity team, said in a statement. "There are many possible sources, biological or non-biological, such as interaction of water and rock."

In addition, Curiosity detected other organic molecules when it drilled into a rock. Scientists said it's believed to be the first confirmation of organic carbon in a Martian rock. The identity of the organic material is unknown.