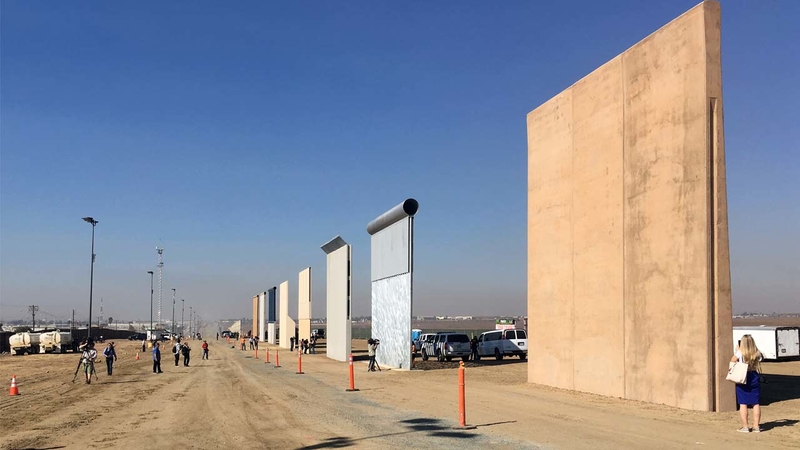 SAN DIEGO -- The Associated Press originally reported California rejected the federal government's initial plans for sending National Guard troops to the border because the work was considered too closely tied to immigration enforcement.

After that report, Lt. Colonel Tom Keegan said state officials have not rejected anything since Brown responded to the federal government last Wednesday with the proposed "Memorandum of Agreement between the State of California and The Department of Defense and the Department of Homeland Security."

The state originally informed federal officials it will not allow its troops to fix and repair vehicles, operate remotely-controlled surveillance cameras to report suspicious activity to the Border Patrol, operate radios and provide "mission support," which can include clerical work, buying gas and handling payroll, according to officials with knowledge of the talks who spoke condition of anonymity because they were not authorized to discuss the matter.

The governor's commitment allowed Trump to boast support from all four border-state governors and helped put the president above the lower end of his threshold of marshaling 2,000 to 4,000 troops that he wants as a border security mission to fight illegal immigration and drug trafficking.

But the Democratic Brown conditioned his support by insisting that California's troops have nothing to do with immigration enforcement. He was not specific about jobs his troops would or would not perform or how he would distinguish between immigration-related work and going after criminal gangs and drug and gun smugglers.

Talks between U.S. and California officials about the duties the California troops would perform soured Friday and over the weekend after state authorities told federal officials that they would not participate in vehicle maintenance and the other jobs outlined for an initial phase across the border in California, Arizona, New Mexico and Texas, the U.S. officials said. The other border-state governors - all Republicans - have openly embraced Trump's plans.

The state's position infuriated some federal officials because the restrictions California officials wanted to impose on what the state's troops would not do were considered onerous, the officials said.

Brown last week characterized his decision to contribute troops as a welcome infusion of federally-funded support to fight transnational criminal gangs and drug and firearms smugglers.

According to one U.S. official, the California Guard has suggested assigning about 40 troops to marijuana eradication across the state.