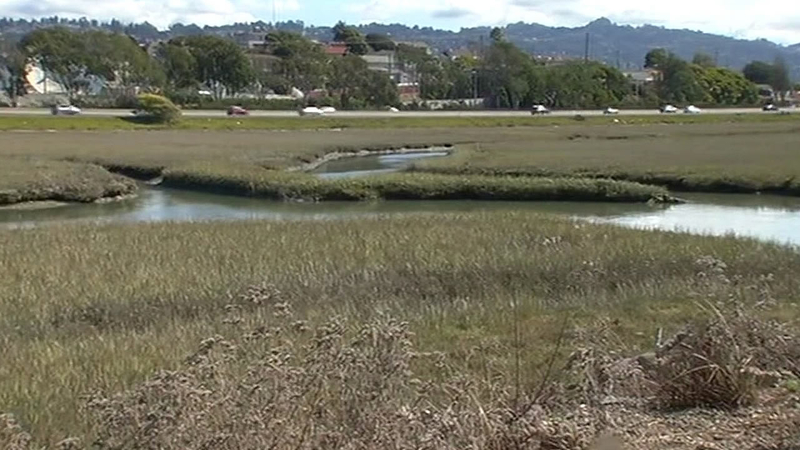 RICHMOND, Calif. (KGO) -- There is new concern sea levels in the Bay Area are headed to potentially catastrophic levels and sooner than we think.

The National Oceanic and Atmospheric Administration believes low-lying areas in the Bay Area could end up underwater, if we don't do something to address the rise in sea level. That includes most of San Francisco International Airport and many communities on both sides of the bay.

Over the last 150 years, 85 percent of the wetlands in the Bay Area have been drained and the process of restoring them is well underway, but now scientists say that effort needs to speed up.

Scientists say time is running out -- sea levels are rising faster than expected and restoring wetlands is a big key to keeping animals and people safe.

"What's happened is that climate change is pushing us to work a lot faster. Sea level rise is going kind of slowly right now and in about 2050 or 2070 it's really going to ramp up quickly," lead scientist of the Baylands goal report Letitia Grenier, Ph.D., said.

According to a new report, The Baylands and Climate Change, instead of relying on levees and sea walls to buffer coastal communities, it would be better to let nature do most of the work. Wetlands can knock down waves, absorb excess water and filter pollution.

"There's no denying what's happening to the earth's climate now. It is getting warmer, the seas are rising, the storms over time are going to get worse. There's pretty strong scientific consensus on that. The only question is 'What do we do about it?'" Sam Schuchat from the State Coastal Conservancy said.

"We can use the wetlands to protect the shoreline. We need to restore them faster... and the other thing we can do is actually redesign how we manage our land and water, so that streams deliver sediment to wetlands and keep nourishing them over time," Grenier said.

Some of the restoration work has already been done, near Sears Point and at Cullinan Ranch on Mare Island. But there is a lot more to do and not a lot of time, to do it.

READ THE REPORT: The Baylands and Climate Change: What We Can Do

YOUTUBE: The Baylands and Climate Change: What Can We Do?