KGO
By Wayne Freedman
WASHINGTON (KGO) -- If there is one place in America that would not want a message from the president of the United States, it would be left-leaning Guerneville in western Sonoma County.

"He has nothing to say that I want to hear," said resident Karen Devan as she sat in a coffee house.

Americans with mobile devices had no choice Wednesday, even if they weren't aware of the president's nationwide wireless alert test.

And yet, at 11:18 a.m., a concert of tones from phones in tune filled the air around Guerneville -- whether they liked it or not. The alert reached out-of-town tourists like Jill Grill from Atlanta. "I have faith in our federal government," she said.

VIDEO: Didn't get the nationwide alert? This might be why, and here's how to fix it

Mobile phones sounded off across the United States, but some people didn't get the message. If you were one of these people, this might be why.

And it reached locals. "They should have posted his tax return and everybody would have paid attention to it," said Patty Hallstead, who works in a local real estate office.

In fact, the national test worked much more efficiently than another test conducted by Sonoma County on September 12. One year after the firestorm, with citizens demanding a better warning system, areas like Guerneville still reported more bugs than notifications.

That disappoints Supervisor Lynda Hopkins. "Unfortunately, it felt like 10 percent received a wireless alert that was supposed to go to everybody."

Not even Guerneville's local fire station received the alert. Blame steep topography and weak wireless for part of the problem. Residents do not want cell towers anywhere near them for fear of health concerns.

Instead, many would prefer returning to an old-school approach. They want to reconnect an existing siren system.

She is not alone.

#PresidentialAlert reached most people in western #Sonoma County's Guerneville, but many here remain upset that a county test, several weeks ago, did not. What's the difference? #abc7now pic.twitter.com/AzCH0R22ps 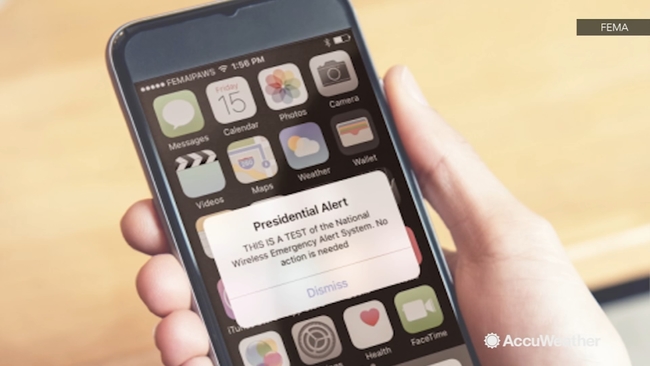 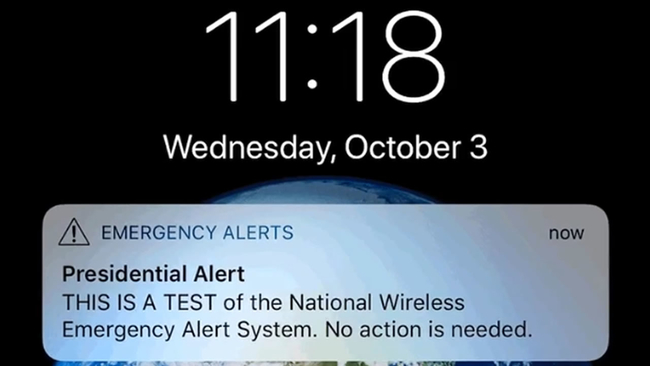