The land lies on the north side of the Little Sur River, where endangered steelhead fish spawn, and encompasses old-growth redwoods, oak woodlands and meadows.
AP
A Native American tribe has reclaimed a small part of ancestral lands on California's scenic Big Sur coast that were lost to Spanish colonial settlement nearly 250 years ago.

The Esselen Tribe of Monterey County closed escrow on 1,199 acres (485 hectares) about 5 miles (8 kilometers) inland from the ocean that was part of a $4.5 million deal involving the state and the Western Rivers Conservancy, The Mercury News reported Monday.

It marks the first restoration of any lands to the tribe, which lost 90% of its approximately 1,000 members to disease and other causes by the early 1800s.

"It is beyond words for us, the highest honor," said Tom Little Bear Nason, chairman of the tribe. "The land is the most important thing to us. It is our homeland, the creation story of our lives. We are so elated and grateful." 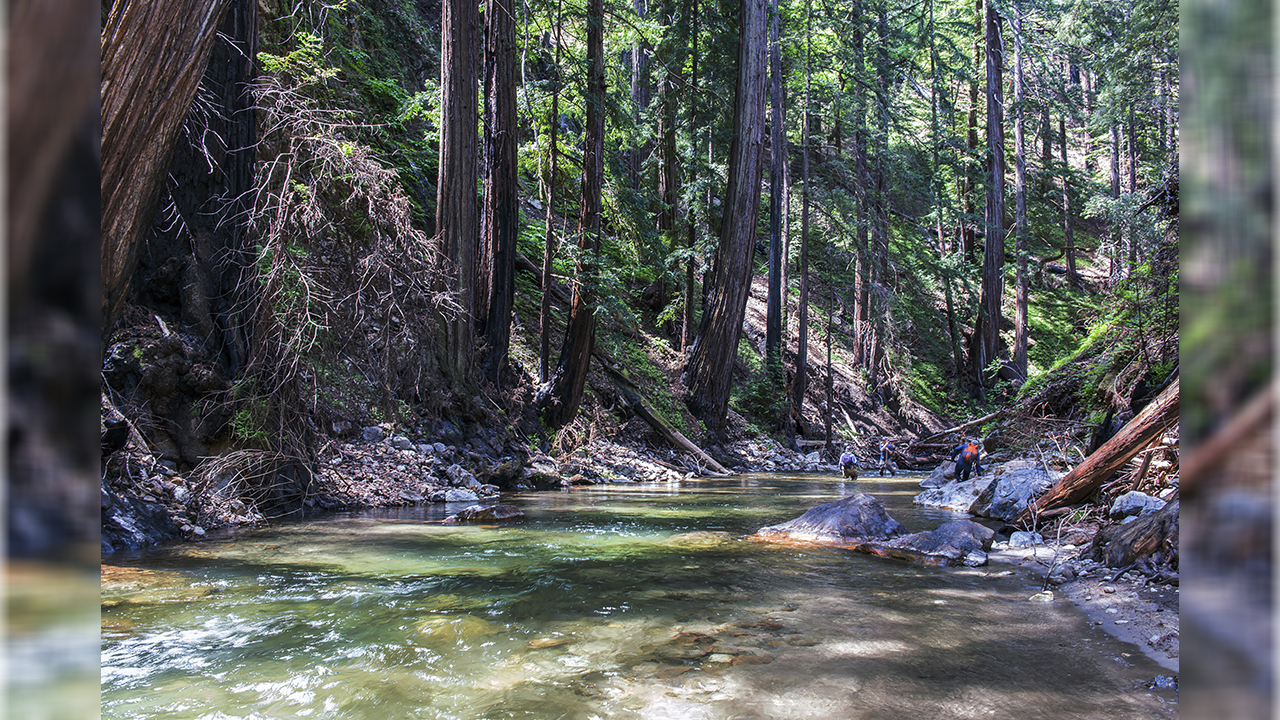 This undated photo provided by the Western Rivers Conservancy shows redwoods along the Little Sur River in Big Sur on the coast of California south of Monterey.

The land lies on the north side of the Little Sur River, where endangered steelhead fish spawn, and encompasses old-growth redwoods, oak woodlands and meadows.

"The property is spectacular, and on top of that it repatriates land to a tribe that has had a really hard go of it over the years," said Sue Doroff, president of the conservancy.

Known as Rancho Aguila, the property was put up for sale by the family of Axel Adler, a Swedish immigrant who bought it in the 1950s and died in 2004.

The Portland, Oregon-based Western Rivers Conservancy initially negotiated to purchase the property and transfer it to the U.S. Forest Service. But some area residents were concerned about potential increased use of the land by visitors and the agency's ability to care for the land.

The conservancy then started working with the Esselen Tribe and received a $4.5 million grant from the California Natural Resources Agency to cover the $4.35 million purchase price and pay for land studies.

The money came from a 2018 voter-approved parks and water bond that included $60 million for competitive grants to acquire Native American natural, cultural and historic resources in California.

Nason said the tribe will build a sweat lodge and traditional village to conduct traditional ceremonies and teach the public about their culture. There will be no permanent homes or businesses on the land.
Report a correction or typo
Related topics:
societycalifornianative americancalifornia
Copyright © 2020 by The Associated Press. All Rights Reserved.
More Videos
From CNN Newsource affiliates
TOP STORIES