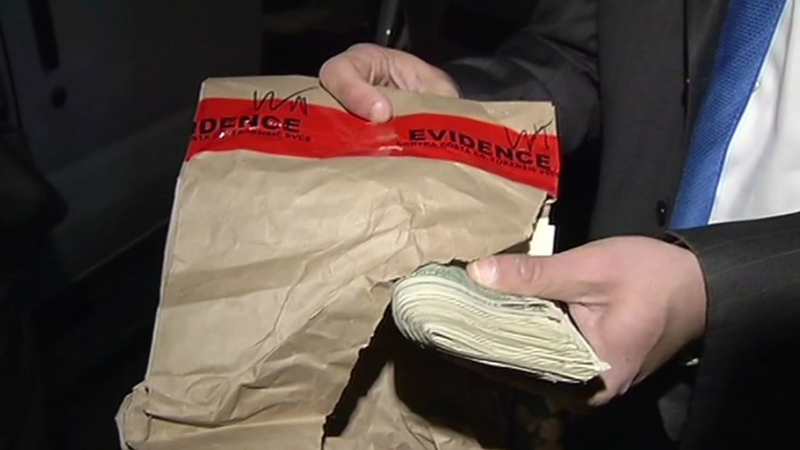 DANVILLE, Calif. (KGO) -- Two people, hired to help take cash donations for some needy kids, are now suspected of stealing that money and now the race is on to make sure those children have a Merry Christmas.

"For most of them this would be the only one they would receive... a gift," Father Juan Franco from St. Anthony's Catholic School said.

Mark Anthony, a radio talk show host, founded the Spread The Miracle Of Christmas charity. He hired two young adults to collect donations during an event at the Luna Loca restaurant in Danville. But at the end of Saturday night the gift-wrapped donation boxes and the two people disappeared. Anthony called the police who tracked them down.

"First of all, there was no remorse, a lot of excuses made and no sense of responsibility for what had occurred," Anthony said.

The workers, who had no authorization to open the donation boxes, turned over $513, but Anthony estimates there was at least $4,000 raised that night.

"Why did they do it? Like what was the cause for them wanting to steal all the money that a charity raised for kids who wanted presents?" Carlos Vazquez, a St. Anthony's student asked.

"Actually, they grew up here in Danville. No, they honestly don't need the money," Anthony said.

Anthony says they also charged their drinks to his tab before they took off. Meanwhile, Danville police say it is hard to determine if a crime was even committed because there is no way to prove there was more than $513 in the boxes.