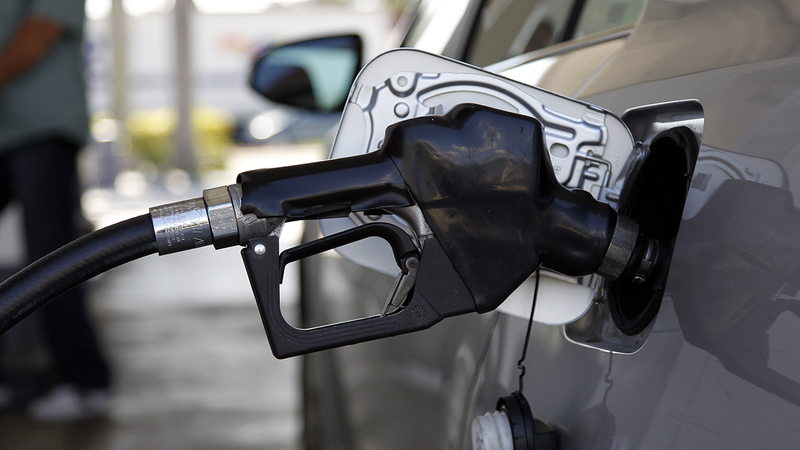 NJ drivers may soon be able to pump their own gas

TRENTON, New Jersey -- It's controversial to say the least and it's a topic met with passion: pumping gas in New Jersey.

New Jersey is the only state in the country that does not allow its drivers to pump their own gas, while Oregon has some restrictions. And it's a point of pride for many throughout the Garden State.

That may come to an end, however, with a new proposal to allow self-service as an option as gas prices surge due to inflation and Russia's invasion of Ukraine.

RELATED: Oil tops $100: When will you see $4 a gallon gas in your state?
EMBED More News Videos

Craig Bolanos, CEO and founder of Wealth Management Group, discusses the impact Russia's invasion is having on the economy.

"Everyone's in a rush, so if you can pump your own gas, save 15 cents or more per gallon, why not?" Assemblywoman Annette Chaparro said. "If you don't want to, it's your option."

The New Jersey Legislature introduced A3105, dubbed the Motorist Fueling Choice and Convenience Act, a bipartisan measure that would allow residents the option to pump their own gas or continue with full-serve from an attendant.

"While some drivers may enjoy the convenience of staying in their car as an attendant fills their tank, waiting for that assistance becomes inconvenient when a driver is in a rush or the station is particularly busy," Assemblywoman Carol Murphy said. "This legislation will simply give drivers more options when it comes to filling up their gas tanks themselves, while ensuring drivers who need it can still receive assistance at the pump."

"The current law that does not allow for self-serve is crippling my small business," NJGCA president and gas station owner Joe Ocello said. "When I got into the business years ago, it was a great way to make a living, a pathway to the American dream. But increasing prices and labor shortages are making it more and more difficult to run a gas station."

The bill would allow gas stations to offer the option of self-serve, though stations with more than four dispensers would still be required to continue offering full service.

"I can guarantee that allowing for a self-serve option will save motorists, who exercise their right to choose, money at the gas pump," said Kashmir Gill, NJGCA member and owner of multiple locations in Central Jersey. "As a station owner, I know that the self-serve option will bring my businesses significant cost savings that I can pass along to my customers."

Congress passed a statue in 1949 entitled the Retail Gasoline Dispensing Safety Act that banned self-serve gas, citing safety concerns like fire hazards. New Jersey is currently the only state that maintains the law and requires a gas station employee to pump.

"I am finding it increasingly difficult to keep my gas stations open due to the labor shortages, significantly impacting my business," said Levent Sertbas, NJGCA member and gas station owner. "There have been multiple instances where I have had to close midday because I cannot find attendants to work the gas pumps."

Not everyone, however, is a fan of the proposal.

"I wouldn't know how to do it, and I don't think I'd want to do it," motorist Mary Ann Bacs said. "I know if you go out of state, you do have to do it. And I'm happy that someone is with me when I do it."

For some New Jerseyans, the idea of pumping your own gas is foreign.

"I'd rather someone pump my gas for me, because I've lived in Jersey my whole life," motorist Justine Myack said. "I don't know how to pump gas."

There are roughly 2,200 gas stations in the state, and many see the measure as a way to keep them in business, particularly amid staffing shortages.

"New Jersey law requires that an attendant pump must pump the customer's gas," said Sal Risalvato, executive director of the New Jersey Gasoline and Convenience Store Association. "So if we don't have an attendant, we can't pump any gas."