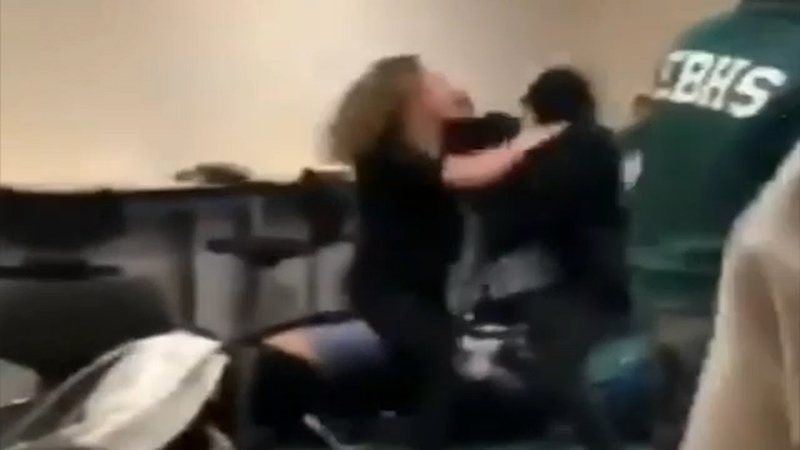 EAST BRUNSWICK, New Jersey -- Students return to classes on Friday after an explosive school board meeting in New Jersey about the beating of a Muslim student.

There has apparently been an ongoing dispute between the two students involved. One student has been charged, but the Middlesex County Prosecutor will now decide if this was a bias attack against the Muslim student involved.

Hundreds of parents packed the board meeting, upset that both students were suspended due to East Brunswick High School's zero-tolerance policy.

Video posted to social media shows the fight between the two female students on Wednesday.

The video shows the beating persist, even as a teacher tried to pull the girls apart.

Witnesses say the teenage attacker spit and tried to pull off the Muslim girl's hijab, or head covering.

Many students say the incident is not isolated - another student says they were called a 'terrorist.'

Administrators say the school system has a zero-tolerance policy toward violence. The identity of the students are not being released as both are under age 18. The school added that the punishment was much more severe for the student now facing charges of assault and harassment.