The mother of a newborn girl who was found buried alive in Compton on Nov. 27 has been booked for attempted murder and child endangerment, Los Angeles County sheriff's deputies said.

LOS ANGELES -- The mother of a newborn girl who was found buried alive in Compton last month has been booked for attempted murder and child endangerment, Los Angeles County sheriff's deputies said Monday.

Porche Laronda Washington, 33, was arrested Thursday and is being held in lieu of $500,000 bail at the Century Regional Detention Facility in Lynwood.

On Nov. 27, two women called the Compton Sheriff's Station after hearing a baby crying in the riverbed near 136th Street and Slater Avenue, Sgt. Bob Boese said. Two responding deputies found the newborn girl buried under pieces of asphalt and rubble inside of a crevice along a bike path.

The deputies rescued the baby from the hole and wrapped her in a blanket. She remains hospitalized in good condition, authorities said.

Washington did not want to deliver her baby and did not want people to know she was pregnant, authorities said. She's scheduled to appear in court Monday afternoon.

During a news conference on Monday, Boese thanked the public and media for their assistance in identifying and locating Washington.

The Department of Children and Family Services will determine a safe placement for the newborn upon her release from the hospital.

The Los Angeles County Sheriff's Department urges anyone who may be in a difficult situation with a child to surrender them at any hospital or fire station in the county, no questions asked. For information call (877) 222-9723 or visit babysafela.org. 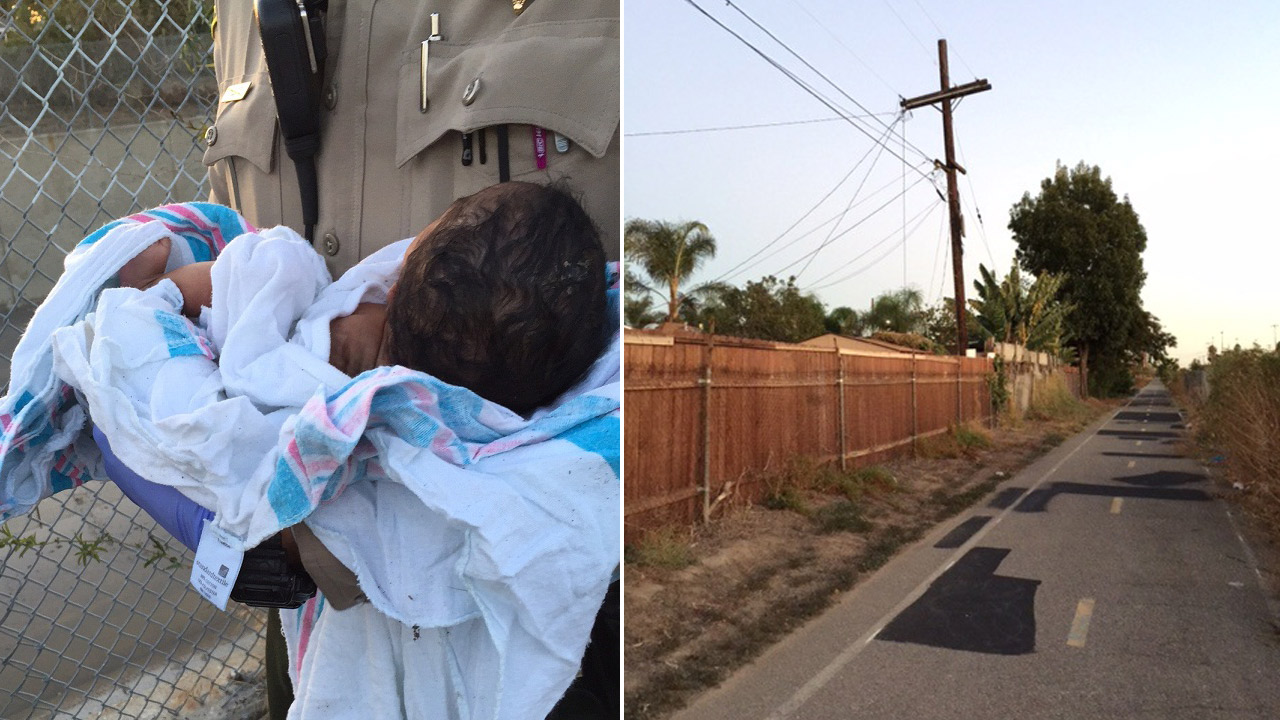