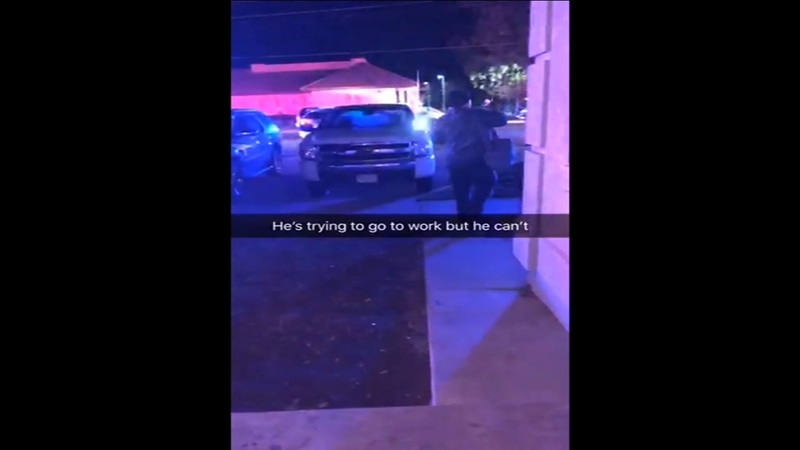 A day after the Christmas holiday, Officer Ronil Singh was shot while conducting a traffic stop.

Deputies closed off the scene at Merced and Eucalyptus for hours with Officer Singh's patrol car still at the site.

Investigators released pictures of the suspect and his car, which was believed to have AR Auto paper plates.

A blue alert was also issued as the person responsible is still at large.

"Just listening to the radio and messages on our computers, numerous leads in Newman and Stanislaus, but Merced County, Fresno County, up to San Joaquin and Bay Area,"

Neighbors took a video of patrol cars rushing to the scene.

One told us that they heard gunfire, and were told by officers to go inside and lock their doors.

"She heard the gunshots, like about 5 or 6 of them, and then the vehicle sped off."

Flowers and cards sit in front of the Newman Police Headquarters.

Investigators say the department only has a little more than a dozen officers. Singh along with another Newman officer were patrolling separately.

"The officers in Newman do not wear body cameras, so that tool or technology is not available to us in this investigation,"

Officer Singh's been with the department since 2011 and was only 33-years-old.

"We have a lot of officers here not just from our agency, but several agencies throughout Stanislaus County. Our primary goal is to catch the suspect,"

Along with his parents, siblings, and wife, he also leaves behind an infant son.