The men were re-entering Tomales Bay when they beached the vessel at Avalis Beach, which is located at the north end of Tomales Point in the Point Reyes National Seashore across from Lawson's Landing, spokesman John Dell'Osso said.

The incident was reported at 12:08 p.m. and involved a 13-foot Boston Whaler pleasure craft with two people and two dogs on board, a spokesman for the U.S. Coast Guard in Bodega Bay said.

A Coast Guard boat, the Marin County Fire Department, Bodega Bay Fire Department and the Sonoma County sheriff's helicopter Henry-1 responded to the incident, according to the Coast Guard.
The helicopter recovered the body of the man who was declared dead at the scene, Dell'Osso said.
Related topics:
tomalesboatsdogsboatinginvestigationboat accident
Copyright 2020 by Bay City News, Inc. Republication, re-transmission or reuse without the express written consent of Bay City News, Inc. Is prohibited.
RELATED 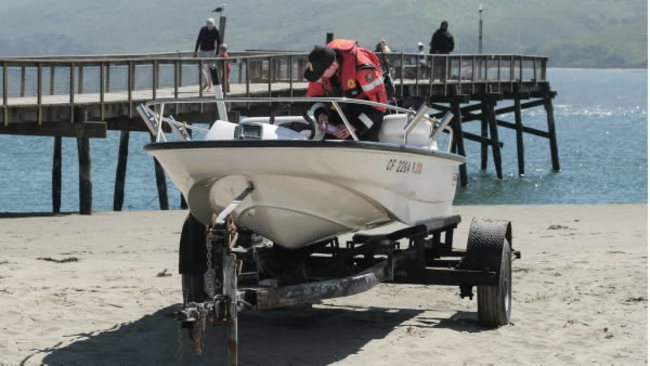