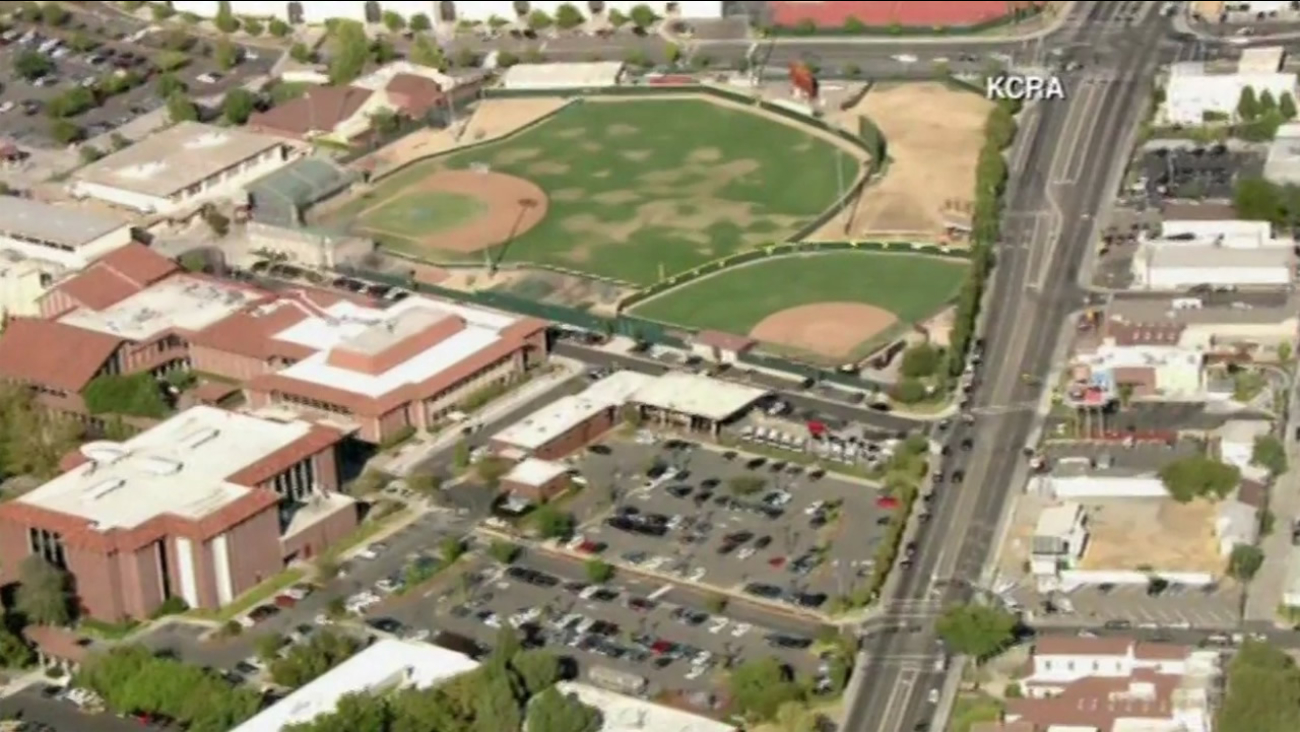 A man opened fire at a campus parking lot around 4 p.m. Thursday.

The shooting suspect is described as Pacific Islander male with a white shirt and beige cargo shorts. He was last seen fleeing on foot from scene and police are still looking for him.

Sacramento police say the victims were both men. Police say a third shooting victim had a graze wound and did not need medical treatment.

Witnesses said there were four or five shots, then they heard screaming and saw students running.